Apple's OS X Yosemite Beta Is Rolling Out Now, but Be Aware of These Issues

As promised, Apple has started rolling out a public beta version of its forthcoming OS X Yosemite operating system for Mac computers and laptops. The beta build, listed by Apple as 14A299l, is a tick higher in enumeration than the fourth developer preview released on Monday, though it’s not clear whether there’s a meaningful difference between the versions or simply a designative one.

The beta build will go out to one million program participants in the form of a code, downloadable through the Mac App Store. Beta members can retrieve their code by logging into the beta website and following the instructions. Apple says you’ll need to be running OS X Mavericks 10.9 or later, have at least 2GB of memory and at least 8GB of free disk space.

Don’t expect to receive updates as frequently as developers, says Apple, but you’ll be able to upgrade to the final version whenever it’s released (sometime this fall) seamlessly.

Before you dive in, be aware that some of Yosemite’s iOS 8-related features won’t be available in the beta (until you have iOS 8, which won’t be out until this fall, and which is only available now in beta through Apple’s developer program). It’s also worth scanning through the following issues Apple’s listed as present in the initial public beta to determine if they’re deal-breakers for you: 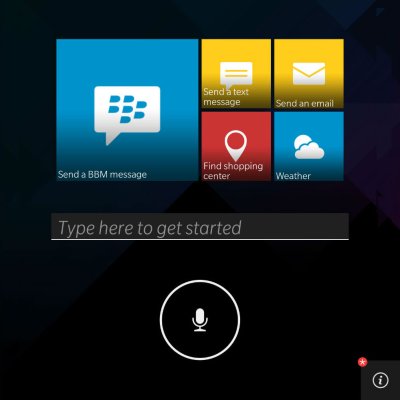 BlackBerry Has a Virtual Assistant Now
Next Up: Editor's Pick