Your Great Grandmother's Exposure to Pesticides Could Be Making You Obese

Your health, or unhealthy state, may be traced back to the stuff your grandparents were exposed to, say researchers from Washington State University (WSU).

They found that exposure to the pesticide methoxychlor, for example, can contribute to diseases in descendants up to three generations later, suggesting that the environment conditions in which your great grandparents lived and worked could affect your risk of obesity, kidney and ovarian diseases.

The heightened susceptibility to these conditions is passed down through genetics, although not in the direct, inherited way. The pesticide probably affected how genes were turned on or off in people three generations ago, and some of these changes, which are normally erased when the reproductive cells — the egg and sperm — join together, somehow were not deleted completely and were passed on to the next generation. And these changes may be affecting weight and cells in the kidneys and ovaries.

“What you’re ancestors were exposed to could radically affect the kind of diseases you get,” says Michael Skinner, the study’s lead author and founder of WSU’s Center for Reproductive Biology.

Skinner has been studying the genetic effects of pesticides for 15 years. His lab has observed such so-called transgenerational epigenetic effects from other toxins such as DDT, plastics, pesticides, fungicides, dioxins, hydrocarbons and bisphenol-A or BPA.

But this was the first study to show that disease risk was transmitted primarily through females. (The study also found the legacy of mutations in the sperm epigenome of great-grandchild male rats.)

Methoxychlor—also known as Chemform, Methoxo, Metox or Moxie—was introduced in 1948 and was widely used in the 1960s as a less toxic substitute for DDT. The pesticide can behave like the hormone estrogen, disrupting reproductive organs. It was used on crops, ornamental plants, livestock and pets, but was banned from the U.S. in 2003 after regulators determined that it, too, was toxic for people. But a generation of individuals had already been exposed, and the effects of that exposure, says Skinner, is still being seen today.

While it is no longer used in the U.S., the pesticide is still sprayed in Mexico, South America and in other countries around the world. But even people who were born after the compound was banned in the U.S., and who have never traveled to areas where it is used, showed the same genetic changes found in people who have been exposed to the chemical.

That means that it may be possible to scan for and potentially predict people’s increased risk for certain diseases by searching for these genetic legacies. “We have the ability to identify the epigenetic marks in ourselves. Some of these marks are exposure-specific. So in the future, we may be able to do an analysis of what you were exposed to or what your ancestors were exposed to and predict what diseases you’re going to get,” says Skinner.

And that could lead to improved treatments for these diseases, based on their epigenetic roots. “Knowing the high statistical probability that you’re going to get this disease, we may be able to come up with therapeutic things in advance,” he says. And by treating them, we may also be helping our great-grandchildren to live without them too. 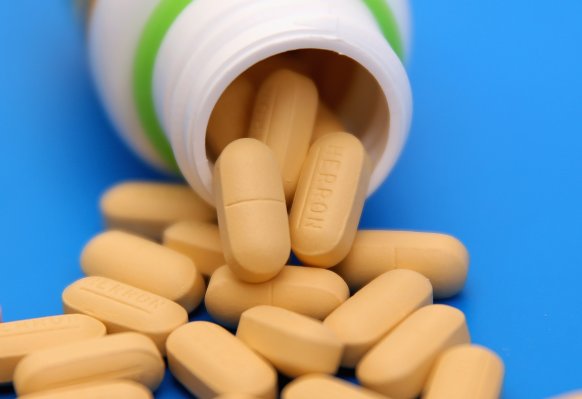 Study: Tylenol Isn't Curing Your Aches at All
Next Up: Editor's Pick