I’m writing this piece at 5am after spending the whole night in what can be called a spiritual retreat (itikaf in Arabic). Thousands of millions of Muslims worldwide spend a day or a few days in the last ten nights of Ramadan secluded away from worldliness to focus solely on their relationship with God.

Every year, I look forward to this spiritual retreat, no matter how short, because it offers an opportunity to just hit the pause button on the hectic life that I, like so many others, live. The retreat is made up of long and thoughtful prayer, chanting of God’s names and praises, recitation of the Qur’an, contemplation of prophetic sayings and biographies, and so on. It is an experience in spiritual immersion where the minutes and hours seem to matter very little other than to organize one’s devotions.

The benefit to this retreat is that it truly brings comfort to the soul. As the Qur’an says, “Surely, in the remembrance of God do hearts find tranquility” (13:28). The Qur’an recited is so soothing for the soul. God’s names chanted in rhythmic tone with people you come to love is an awesome feeling. But, it’s also something more than that — it’s a supernatural presence that you begin to warm up to over the course of the retreat. It’s a presence that seems to be there all along, but really comes alive, or we become alive to it, when there is complete focus and attention on the spiritual. “God is with you wheresoever you may be” and “We [meaning the majestic ‘We’] are closer to you than your jugular vein,” says God in the Qur’an (57:4 and 50:16).

In this way, the mind and soul receive new openings whereby realities begin to become clearer. It is no coincidence that the Prophet Muhammad first received revelation when he was in deep, deep contemplation and after many years of regularly engaging in a spiritual retreat off in the mountains.

Beyond, the experience, engaging in a spiritual retreat also forces one to live an examined life — to truly reflect on the life lived and the life that is yet to be lived. Being away from the world and focused on matters of the soul makes you take a long hard look in the spiritual mirror. The character and habits you have acquired, the addictions and preoccupations you have developed, and so on come into full focus. The early Muslim sage and second caliph of Islam, Umar ibn al-Khattab (d.644), used to say: “Take yourself to account before you are taken to account.” Meaning, from a believer’s perspective, before that inevitable day of standing before God arrives after death, the believer should examine the state of their faith and the book of their deeds. Where goodness is found, steadfastness is prescribed; where shortcomings are found, reform is needed before it’s too late.

In these times that we live in, there seems to be a social need if not obligation to spend sometime in retreat as individuals and as communities. The world in an age of technology can be so overwhelmingly consuming that sometimes it’s hard to find even a minute to think and reflect. We’re used to so much stimulation that quietude almost feels unnerving. But, without silence we cannot hear the voice of our deepest inner soul or of our well reasoned minds. We simply need to disconnect in order to reconnect.

And, as a community, retreats might help us elevate ourselves to a collectively higher spiritual and ethical plane. Too often we get stuck accepting the norm or simply defending ourselves from the “outside” world. Sometimes, and increasingly so, we need to be honest and self-critical of where we are and where we should be as a religious community.

If the 1.6 billion Muslims went on a spiritual retreat together, I think we’d discover that there are many reforms we need to undertake and that our problems are not just some Western conspiracy theory. There is too much bloodshed, too much unhealthy patriarchy, and too little prioritizing of social justice in our community today. Small and silly issues are debated many times over while big and much more serious issues — by any measure including what the Qur’an prioritizes as issues of concern for believers — are woefully neglected.

I pray and hope, against all hope, that the collective experience of a spiritual retreat this Ramadan will move us toward greater introspection and better days ahead. But, for any sort of social reform to happen, it will require a few good women and men to take the serious issues more seriously and to leave off childish games of deflection and blame.

“Let there arise out of you a group of people who invite to all that is good, enjoin what is right and forbid what is wrong,” commands the Qur’an (3:104). It is high time we, as Muslims, heed this command by supporting good wherever it is happening and by initiating the good wherever we find it to be lacking. It takes courage, wisdom, and much more. But, it all begins with introspection that comes out of a much needed spiritual retreat. 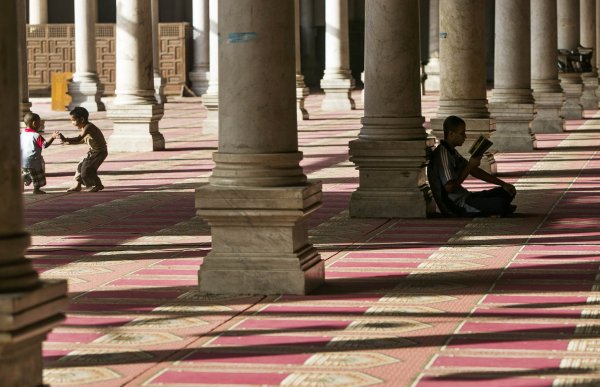