Lana Del Rey is never boring — the eccentric pop star can always be relied on to provide at least a few nuggets of weirdness in any given interview. She’s getting flak right now for the first item listed below, but why are we surprised? She’s always got something offbeat and amazing to say.

1) She’s “annoyed” that her sex life never helped her get a record deal.

Even though one of her new songs is called “F***ed My Way Up to the Top,” Del Rey told Complex magazine that sleeping with guys in the music industry has never helped her career.

It’s important to note that most of the coverage of this controversial quote has focused on the “I have slept with a lot of guys” part, not the effect it might have had on her career. Several big media outlets put the quote in their headlines, which can come off as slut-shaming.

2) Tesla is way cooler than feminism.

In a recent interview in Fader magazine, she made it clear where she stands on the age-old Feminists vs. Aliens debate:

Feminist aliens have yet to weigh in.

She once told The Guardian that she admired Amy Winehouse and Kurt Cobain so much that “I wish I were dead already,” which led to a lengthly discussion of mortality:

The singer retracted her comments afterward on Twitter in a series of now-deleted tweets, saying the interviewer had asked her leading questions.

4) Her friend Juliette Lewis didn’t realize that was her on SNL.

In outtakes from this month’s Rolling Stone profile, Del Rey reveals that she was friends with Juliette Lewis before the actress publicly dissed her Saturday Night Live performance:

Because messing up your friend’s hair color can happen to anybody!

5) Every day is Opposite Day.

When Rolling Stone pointed out that George already tried this, she says, “Oh really? That’s awesome. Me and George Costanza!”

6) She mixes up sounds and colors.

It sounds like the directions she gave to Ultraviolence producer Dan Auerbach were, um, confusing (also from the Rolling Stone outtakes:)

This was mostly to distinguish from Lady Gaga, who wants everything to sound like it’s in the key of rainbows. 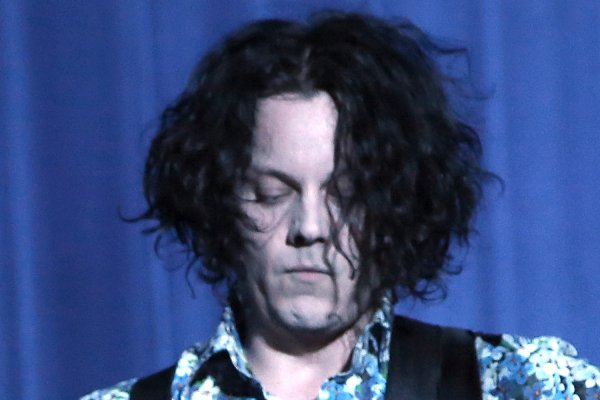 Jack White Was Not Impressed by the Cubs Game Last Night
Next Up: Editor's Pick