Experts: MH17 Victims Could Have Remained Conscious During Fall

A firefighter and an armed man look at the remains and the corpses of passengers aboard Malaysia Airlines flight MH17 that was shot down over eastern Ukraine, July 17, 2014.
Jerome Sessini—Magnum
By Giri Nathan

In the aftermath of the downing of a Malaysia Airlines jet, it has been widely assumed that death—or at least unconsciousness—came quickly for the 298 people aboard when the Boeing 777 came apart in the oxygen-thin, cold air at 33,000 feet. But some medical and aviation experts who spoke to TIME are questioning this assumption.

As photos from the MH17 debris field near Gravobo, Ukraine, have shown, many of the victims’ bodies appeared completely intact after falling from a great altitude. TIME asked experts to review photographs from the scene and found a minority view: some victims may have survived the aircraft’s disintegration and even experienced consciousness during the fall to Earth. The images were taken by French photographer Jerome Sessini, who was among the first at the crash site, and they focused on plane debris and victims’ bodies. (Some of Sessini’s work was recently published by TIME, but the photos reviewed by the experts also included images of human remains considered inappropriate for publication.)

The intact bodies are not out of the ordinary, according to Dr. Michael Baden, the former chief medical examiner of New York City and chief forensic pathologist for the New York State Police. Baden has investigated high-profile plane disasters like the TWA 800 crash in 1996 and the 2010 crash of a Polish government jet near Smolensk, Russia, that killed Polish President Lech Kaczynski. As Baden explained, objects falling through the air reach what is called terminal velocity, an upper limit on speed dictated by such variables as air density and the falling object’s surface area—but not the height from which it is dropped. For a human body, terminal velocity is about 120 mph (193 k/h). Impact at that speed inflicts devastating internal injuries, but the skin tends to remain intact.

Baden says that many of the victims did exhibit minor burns and shrapnel wounds, most of which appeared non-lethal. He says this suggests that some of the passengers could have been alive and even conscious during their descent.

“The cause of death in the great majority of these people would have been impact with the ground,” he said. Unless they were affected by the initial explosions or shrapnel, and absent some pre-existing condition like lung or heart disease, they would have remained alive and even been conscious at some point during the approximately 3-to-4-minute fall.

“Even if there’s no oxygen, you’d catch your breath in four minutes,” he said. “You might have some brain damage, but you’d be alive, and you could be conscious,” he said. Autopsies, at least when there is such extensive damage to the head and brain, cannot allow doctors to pinpoint when exactly consciousness was lost, so it might never be possible to know for sure if Baden is right.

The deceleration that occurred as a result of the attack—which could have been the equivalent of driving into a wall at 500 mph—might have been less sudden than has been assumed. The Russian-made SA-11 suspected to have been used in the attack is designed not to strike the aircraft directly, but to explode before impact, instead releasing a cloud of shrapnel.

“The deceleration itself wouldn’t be rapid, it would almost be like someone pulling back on the throttles perhaps,” says Robert Benzon, a former Air Force pilot and veteran accident investigator for the National Transportation Safety Board, now retired. Benzon speculated based on the nature of the missile that the decompression may have been somewhat gradual, and could have been survivable in the short term. “In my estimation what you’d have is a lot of small holes in the airplane,” he says, “so the decompression itself would be pretty slow.”

Several bodies were found still strapped into their seats. Robert Goyer, who is editor-in-chief of Flying magazine, said that airliner seats are designed to withstand tremendous G-forces, sometimes more than a human body can sustain. Even when the seat itself is torn from the surrounding structure of the plane, people are likely to remain belted in. He cited Juliane Koepcke, who in 1971 survived a two-mile fall into the Amazon rainforest, strapped to her seat all the while.

Photographs indicate that those who did stay in their seats tended to retain all of their clothing, but other passengers were found in states of undress. While Goyer said that it was common to see bodies stripped of clothes after falling a long distance through the air, Baden suspected other causes.

“You can lose a shirt or a headband or maybe even a jacket, but not pants and underwear and shoes and socks. It would seem to me, given the situation, that looters came,” he said. As further evidence, he noted indications in the photos that some of the bodies appeared to have been moved around, based on lividity—the dark discoloration of the skin that occurs in the lowest parts of the body, as blood settles due to gravity. (When this discolored skin is seen facing up, it suggests that a part of the body previously low to the ground was shifted from that position.) Baden also observed that none of the bodies pictured appeared to be wearing watches or jewelry.

The investigation into the tragedy was initially hindered by strife in the region, with some reports suggesting that rebels have threatened investigators, tampered with the plane debris, and moved bodies around. The Dutch government has since succeeded in negotiating the release of some of the passengers’ remains, which were kept on refrigerated train cars and eventually flown back to the Netherlands for a more thorough forensic examination. 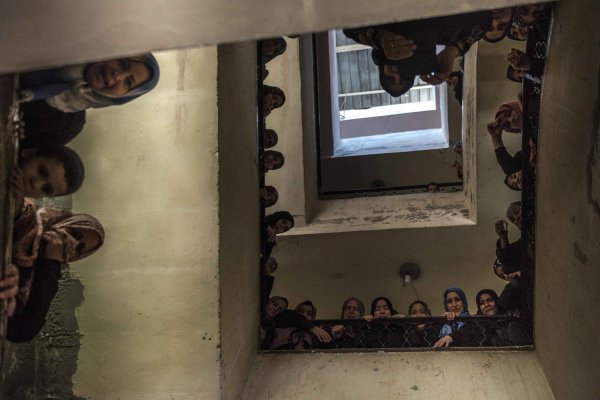