Air Algérie Flight Disappears Over Mali With Over 110 Aboard

Air Algérie said Thursday it lost contact during the night with an Algiers-bound flight from Burkina Faso carrying more than 110 people.

The Algerian national airliner said in a statement to the Algerian news agency APS that the flight, AH5017, took off from Ouagadougou at 1:17 a.m. GMT and was supposed to land in Algiers at 5:11. But the airline lost contact with the plane about 50 minutes into the flight, though the exact timing remains unclear amid differing reports.

French President François Hollande, who cancelled his planned trip to the French island Réunion, said in a televised address that 51 French citizens were on the flight ahead of a connection in Algiers. In his statement, which followed an emergency meeting with top ministers, he said that “everything suggests that this plane crashed.”

He said that France, which has spearheaded an international military intervention in Mali against Islamic extremists in the north of the country, will deploy “all the military means that we have on location in Mali” to find the plane.

The French President said that at 1:48 a.m. the crew signaled that it was changing its route because of particularly difficult weather conditions. A Twitter account that appears to belong to the Algerian airline said in a tweet that the plane would have crashed in the region of Tilemsi about 70 km (43 miles) from the city of Gao in northern Mali.

French Foreign Minister Laurent Fabius said that 51 French citizens were on the flight. The Twitter account that appears to belong to the Algerian airline said in a tweet that there were also passengers from at least 13 other countries, and an Air Algérie representative told reporters in Burkino Faso that all of the passengers on the plane were in transit, according to Reuters.

The plane disappeared in rough weather over Mali. Data from weather satellites show that there may have been storms in the plane’s flightpath: 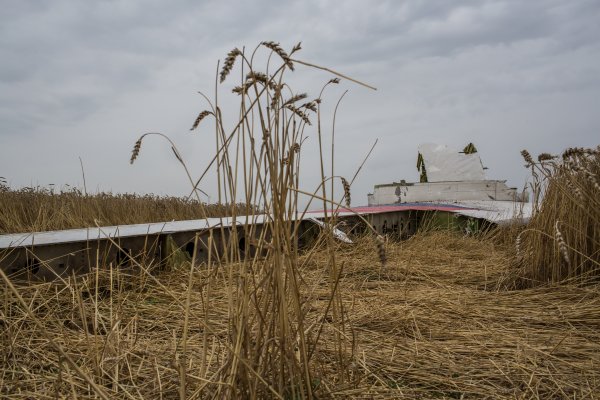