Peril in the Air

When civil aviation officials learn of a new danger–like liquid explosives or underwear bombs–national and international agencies respond by issuing rules and restrictions for passengers around the world. But airlines and governments have been slow to address ground-based threats. The downing of Malaysia Airlines Flight 17 on July 17 is raising fresh concerns about who in the complex global aviation system is responsible for defending civilian aircraft against missiles.

For years, airlines have confined their worries about planes being shot down to so-called Man-Portable Air Defense System (MANPAD) missiles like the U.S. FIM-92 Stinger or the Russian Strela-2. Those systems have limited range: they can hit aircraft as they take off or land but not at higher altitudes. Aviation authorities had thought longer-range antiaircraft missiles, usually controlled by national militaries, couldn’t or wouldn’t be used against commercial airliners cruising at 30,000 ft. (9,140 m) or higher. The Malaysia Airlines disaster has changed that thinking.

But recognition of the threat doesn’t mean an organized response from regulators. National agencies, including the U.S. Federal Aviation Administration and the European Union’s Eurocontrol, can issue flight warnings for regions they consider dangerous and can ban routes for national carriers they regulate. Only individual countries can close their airspace to all flights. After several Ukrainian military planes were shot down in July, the government in Kiev closed airspace in the east of the country up to 32,000 ft. (9,750 m). MH 17 was flying 1,000 ft. (305 m) above that on a route safely transited by hundreds of airliners in the days before the incident. No aviation officials warned flights off that higher route until after MH 17 was shot down.

The U.S. says airlines should decide where it’s safe for their planes to fly, barring an outright ban on a route. Tony Tyler, CEO of the airline trade group International Air Transport Association, argues that airlines take their cues from governments. “It is very similar to driving a car,” he says. “If the road is open, you assume that it is safe. If it’s closed, you find an alternate route.”

Eastern Ukraine is hardly the only danger zone. The FAA strongly warns against but does not prohibit flights over Syria and Yemen, where MANPADs are in use. Some U.S. airlines had canceled flights to Tel Aviv’s Ben Gurion Airport even before the FAA issued a temporary ban July 22 because of threats from missiles launched in Palestinian-held Gaza. One final option–plane-based missile-defense systems like the ones found on Air Force One–is available but costly. 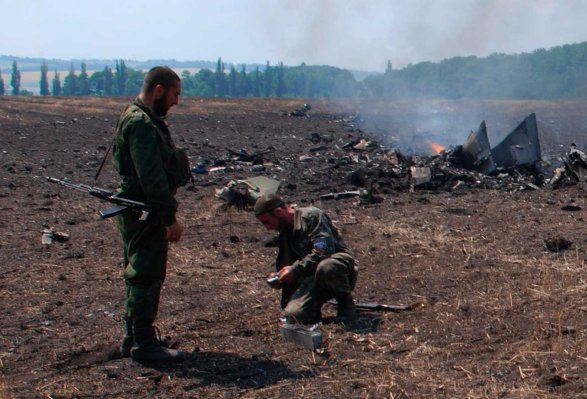 Ukraine Rebels 'Had Missiles'
Next Up: Editor's Pick