On a clear, Sunny July morning, as churchgoers all around Houston take to their pews, dozens of nonbelievers are finding seats inside a meeting room in a corporate conference center on the city’s west side to listen to a sermon about losing faith. But first there’s the weekly “community moment”–remarks on a chosen topic delivered by the group’s executive director, this time focused on how we’re hardwired to read sensationalized news–as well as announcements about an upcoming secular summer camp. In between, a musician sings softly of Albert Einstein.

The men speaking before the assembled gathering–executive director Mike Aus, who regularly leads the group, and Jerry DeWitt, a visitor who heads a similar gathering in Louisiana–are both deeply familiar with the idea of Sunday ritual. Just a few years ago, they were Christian ministers active in the pulpit. Today they’re both nonbelievers leading secular Sunday services.

This is Houston Oasis, a church that’s not a church. It was started in September 2012 to foster community within Houston Atheists, a group formed through the online social-networking portal Meetup that claims to be the site’s largest association of atheists. Each Sunday, Aus welcomes his congregants at the door before leading them through many of the motions of a religious service. There’s music, meet-and-greet time, guest speakers and Aus’ message, which is part TED talk, part uplifting reflection on the wonders of the world–this world–around us.

But Oasis is careful not to get too churchy. There’s music but no congregational singing. There’s time to shake hands with your neighbor but no moment of silence. Because while it has all the markings of a church service, Oasis is designed to appeal to those who long for the rituals of old-time religion but have lost faith in its doctrines.

Oasis is one of a growing number of so-called atheist churches in the U.S. Most are connected to Sunday Assembly, a London-based organization on a globe-trotting mission to launch 100 assemblies in 15 countries by the end of the year. About a dozen are already operating in the U.S.; almost twice that many are planning to open.

But whereas Sunday Assembly is largely a top-down movement, atheist churches are also sprouting from the ground up. DeWitt, a former Pentecostal preacher, runs the Community Mission Chapel in Lake Charles, La. In Tulsa, Okla., the Rev. Marlin Lavanhar, a Universalist, has created a separate service for humanists. Along with Houston Oasis, Texas also hosts the North Texas Church of Freethought, and in April, Kansas City, Mo., began its own Oasis, using Aus’ service as a guide. As more former churchgoers identify as atheists, some are turning to these gatherings each week for social support.

The rise of atheist churches is part of a growing willingness by many atheists to adopt secular versions of religious practices. It’s also a result of more everyday nonbelievers, and even clergy, “coming out” as atheists and reflects a modest mainstreaming of atheism across the U.S. As one example, since a Supreme Court decision in May that upheld prayer before town-board meetings, nonbelievers in several communities have delivered the public invocations after the court acknowledged atheists’ right to do so.

While 1 in 5 Americans claim no religious affiliation (up from about 1 in 6 five years ago), almost 6% now explicitly identify with atheism (the lack of belief in God) or agnosticism (the view that knowledge about God is unknowable), up from 4% in 2009. “You can’t help but think that more atheists will come out,” says Dan Courtney, a member of the Atheist Community of Rochester, who gave an invocation on July 15 in Greece, N.Y., the town at the center of the Supreme Court ruling about prayer at civic meetings.

But the very concept of an atheist church–and even the term itself–is anathema to many in the movement. Some believe it’s too much like the very thing they disavowed in the first place.

Aus’ gathering in Houston is aptly named: it is very much an oasis. For the majority of city residents who claim a Christian denomination, Houston offers a host of megachurches, including two of the nation’s largest Baptist churches, along with the biggest of them all, Joel Osteen’s nondenominational Lakewood, which averages 43,500 congregants weekly. “Churchgoing is part of the warp and woof in this part of the world,” Aus says. “When you’re surrounded by a predominant Christian culture, there’s a need for even more support.”

For years, Aus preached at a progressive, nondenominational church in Houston, and he readily admits to having been a “cafeteria Christian.” “I never believed in hell,” he says. “Ever.” He always loved going to church and the community it nurtured, but by the late 2000s Aus realized he needed to leave the ministry. He first joined the Clergy Project, an online group of hundreds of active doubting preachers, then in March 2012 he declared himself an atheist on the MSNBC program Up With Chris Hayes.

Being an atheist may be America’s last closeted identity, but the door has been opening over the past decade. In the 2000s the so-called New Atheists, led by evolutionary biologist Richard Dawkins, provided intellectual support to nonbelievers through a series of books and articles that often tore religion into pieces. As nonbelievers have increasingly come out publicly, that hard-line approach has given way to a more accommodating stance toward believers. A number of academics and authors have recently espoused the benefits of religious practices and institutions minus the theology. Alain de Botton, author of Religion for Atheists, argues that religion should be understood as an explanation of the origins of the world and the afterlife as much as a set of rituals and social practices. Chad Seales, a professor of religious studies at the University of Texas at Austin, says that in the study of religion, “belief is a bit overrated. The practices are what shape us.”

Houston Oasis has become so popular that the group plans to double its meeting space. Aus says he’s heard from people in several cities looking to start their own secular meet-ups. The Humanist Community at Harvard, which holds a similar service each week, recently began an initiative to provide resources to atheist gatherings to keep the momentum going.

A number of atheists, however, are against the very idea of an atheist church, including Bill Maher, possibly the country’s best-known nonbeliever. “It undermines the whole point of atheism, because the reason why people need to get together in religion is precisely because it’s nonsensical,” Maher says, arguing that people of faith need strength in numbers to support their belief systems.

But in a sense, that is exactly why atheists are getting together. In a country that still tilts skyward, nonbelievers need their own strength in numbers, even if that means imitating old-time religion. “There are a lot of people in the free-thought movement who say, Well, this is just mimicking church,” Aus says. “But if we don’t offer regular human community and support for nonbelievers, it would be detrimental to the movement.”

At the end of the service at Houston Oasis, many of its members continue the conversation at a café. Some discuss Aus’ thoughts on how we’re hardwired to respond to sensational news. Others ask about his journey away from the church. But mainly they talk about the little things: their plans for the evening, work, their favorite TV shows. Aus would say this urge to gather is simply human nature. But their weekly ritual, free of any predetermined belief, is something else too. It’s something they can all believe in. 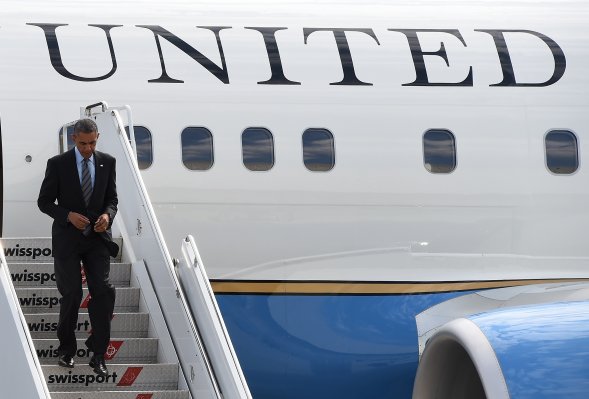