May I turn on a recording device?

You recruited G. Gordon Liddy to run President Nixon’s dirty-tricks campaign and were intimately involved in the cover-up. Why should a reader pay for your judgment on Watergate?

These tapes do refresh recollection of things I had totally forgotten about … Anybody who wants to take the time to listen to the tapes will get a confirmation of exactly what I’ve said. I have no reason at this late date to try to distort anything, other than to really understand what did happen and why.

Your book reminds us that the major players in Watergate were either incompetent sociopaths or malevolent egomaniacs. Is that the point?

I was trying to figure out how somebody as savvy as Nixon could have screwed up as badly as he did. It shows how a combination of his character and his decisionmaking were just a disaster.

The underlying premise of the book is that he knew less than the public imagines he knew.

What struck me is that in the early days, he’s relatively passive and certainly not running the cover-up … He knows about everything from the payoff money to pretty actively suborning perjury, but compared to his later role, he’s not deeply involved.

Comparatively minor exertions of presidential power, like signing statements, are now read as threats to democracy. Did Watergate permanently poison the public faith in the presidency?

I’ve had many people tell me over the years they think Iran-contra was much more serious than Watergate … Nixon in his darkest day wouldn’t have authorized torture post-9/11 … People label things like signing statements as Nixonian. Well, Nixon didn’t issue that many signing statements, and they weren’t particularly provocative. The short answer is, I don’t think it has damaged the presidency, but it has left a watermark, and I think it will be a long time before it is breached.

Impeachment has resurfaced under President Obama. What is it about impeachment post-Watergate that people keep reaching for it?

[During the President Clinton impeachment] I heard a recurring statement from people that this was for Nixon, this was to get even … I think today it’s just an echo of what happened with Clinton. [Democratic House member] John Dingell may be the only one that remembers Watergate.

Does the case of Edward Snowden and NSA surveillance show that post-Watergate limits on the presidency are working or that they’re not working?

I find interesting the comparison between Snowden and Daniel Ellsberg, [whose Pentagon Papers leak] provoked so much of Nixon’s anger and effort to deal with leaks. The Obama Administration has been much more aggressive than [Nixon’s] in dealing with leaks.

Nixon personally authorized the Brookings Institution burglaries and other crimes in response to Ellsberg’s leak.

Should demolition of the Rosslyn, Va., garage where Mark Felt, a.k.a. Deep Throat, met Bob Woodward be blocked?

I was never in the garage, but I can’t imagine making it a monument to anything.

Is there going to come a time, you think, when it won’t be possible to profit on the legacy of Watergate anymore?

I’m not sure I’ve ever profited on the legacy of Watergate. What I’ve done is the research that no one else is willing to do. 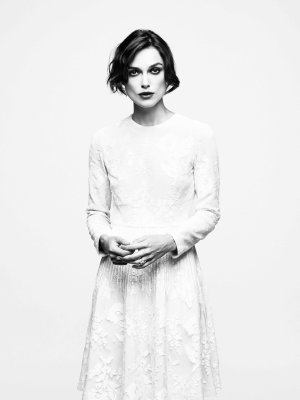 10 Questions With Keira Knightley
Next Up: Editor's Pick