In Gaza, a Just but Bloody War

Relatives of four boys from the Bakr family, mourning at their funeral in Gaza City, July 16, 2014.
Alessio Romenzi
By Joe Klein

Ori Nir is a man of Peace. He was born and raised in Jerusalem, spent many years as a prominent journalist for Ha’aretz, Israel’s finest newspaper, and is now the spokesman for Americans for Peace Now. He is not shy about disagreeing with the Israeli government, especially when it comes to the illegal Israeli settlements in the West Bank and the general bellicosity of Benjamin Netanyahu’s regime. But he hasn’t protested the current Israeli incursion into Gaza. “It is a just war,” he told me, “carried out with a great deal of care.”

This may seem surprising to people who don’t follow the Middle East as closely as Nir does, and you might rightly ask, Why is this incursion different from all other Israeli incursions? Because Hamas, which was in an existential jam this spring, needed a new strategy. It had lost its prime ally in the region when the Egyptian army overthrew the Muslim Brotherhood. (Hamas is the official Palestinian branch of the Brotherhood.) It also alienated another of its supporters, Iran, when it sided with the Brotherhood against Bashar Assad in Syria. Opposition within Gaza to Hamas’ corruption and misrule was also on the rise. What to do?

Provoke Israel. It had worked in the past. A kidnapping of Israeli soldiers on the northern border had led to Israel’s less-than-discriminate assault on Hizballah in Lebanon in 2006. Rocket attacks had provoked Israel’s two previous Gaza incursions, in 2008 and 2012. Hamas and Hizballah had “won” those wars because their fighters resisted the Israelis more effectively than conventional Arab armies had done in the past but also because the images of collapsed buildings and blood-soaked children had bolstered Israel’s growing reputation as an oppressor and a bully in the eyes of the world.

This time is different, however, for several reasons. The initial provocation, the kidnapping and murder of three Israeli teenagers, was indefensible, as was a retaliatory murder of a Palestinian teen. In a moment of moral clarity, Hamas lauded its kidnappers, while a furious Netanyahu called the retaliation “reprehensible.” Indeed, Israel’s actions have been more prudent across the board. It confined its bombing at first to Hamas’ military facilities and leaders. Civilians were killed in the process–as was Hamas’ intent–but these were targeted strikes, not the free-range assault on Gaza City that had occurred in Operation Cast Lead in 2008. The ground campaign that followed was limited as well, confined to Shejaiya, a neighborhood on the eastern outskirts of Gaza City that was a warren of Palestinian fighters and the launch point for a very elaborate tunnel system from Gaza to Israel. The fighting has been brutal, to be sure. More than 500 Palestinians and 32 Israeli soldiers have been killed. But it was not an indiscriminate massacre. Israel was protecting its border, the right of any sovereign nation; its citizens were threatened by Palestinian assaults at the receiving end of the tunnels (several of which were attempted, and foiled, during the fighting). “I don’t like the civilian casualties that result from bombing the homes of the Hamas leaders,” Nir says. “And what’s happening in Shejaiya is horrible, but I think it falls within the normal rules of war. The moral bottom line seems clear.” And then, semi-amazed to be doing so, he quoted Netanyahu: “‘We’re using missile defense to protect our civilians, and they’re using their civilians to protect their missiles.'”

There have been the predictable anti-Israel riots in Europe, mostly populated by Islamic groups; the parlor left has been appalled, on cue, by the alleged Israeli brutality–without questioning the deadly cynicism of Hamas. Meanwhile, Hamas has been outfoxed diplomatically: it opposed the cease-fire agreement proposed by Egypt, which Israel–and the Arab League–supported. If you’re really the aggrieved party, it’s not easy to explain why you won’t accept peace. By now, in a reasonable world, Hamas would have lost all remaining shreds of its tenuous moral credibility.

A cease-fire will be negotiated sooner or later, perhaps even by U.S. Secretary of State John Kerry. It is likely that nothing good will come of it. But Hamas’ weakness, its inability to dictate terms, does leave a tiny possibility for peace. The first step is to restore legal order in Gaza by returning the Palestinian Authority–ousted by Hamas in a 2007 coup–to power and bringing in the U.S.-trained Palestinian security forces who have done such an excellent job of bringing law and order to the West Bank. The next step is free elections in Gaza, which, given Hamas’ current unpopularity, might be won by more moderate factions, perhaps even Fatah.

This is the Middle East, of course. Israel remains intransigent on a West Bank agreement. Peace is a chimera; only the dead bodies are real.

Clarification: The views expressed by Ori Nir in this column are his own and not those of Americans for Peace Now. 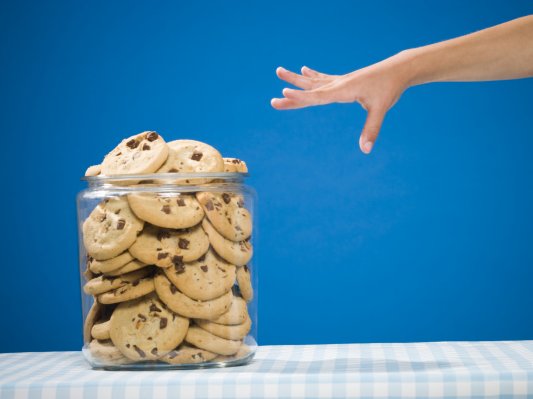 7 Ways You Can Easily Increase Your Willpower
Next Up: Editor's Pick