Sen. John Walsh, D-Mont., speaks during an event in the Capitol Visitor Center on the importance of the Land and Water Conservation Fund, July 23, 2014.
Tom Williams—CQ-Roll Call,Inc.
By Alex Rogers

Montana Democratic Senator John Walsh plagiarized portions of a final paper required for his Army War College master’s degree, which he earned in 2007 at the age of 46, his campaign confirmed Wednesday. The charges endanger the Democrats’ control of the Senate as the Republican Party is attempting to pick up a net six seats this fall.

As first reported by The New York Times, Walsh passed off passages of his 14-page paper, titled “The Case for Democracy as a Long Term National Strategy,” as his own, without proper attribution to Harvard University and Carnegie Endowment for International Peace documents. Walsh told Jonathan Martin, a Times reporter, that he did not plagiarize, but an aide did not contest the charge, according to the Times article.

Lauren Passalacqua, a Walsh campaign spokeswoman, told TIME in a statement that the plagiarism was a “mistake.”

“This was unintentional and it was a mistake,” wrote Passalacqua. “There were areas that should have been cited differently but it was completely unintentional. Senator Walsh released every single evaluation that he received during his 33-year military career, which shows an honorable and stellar record of service to protecting Montana and serving this country in Iraq.”

Walsh served in the Montana National Guard for over 30 years before winning Montana’s lieutenant governor race in 2012. Earlier this year, after President Barack Obama nominated Sen. Max Baucus (D-Mont.) to be the next ambassador to China, Gov. Steve Bullock appointed Walsh to the Senate. Walsh is currently running for another term in the Senate against Republican Rep. Steve Daines.

Outside election experts have given the edge to Daines. The Charlie Cook Report ranked the race as “lean Republican” in June, and Kyle Kondik, the managing editor of Sabato’s Crystal Ball, recently wrote that the seat was one of the three best Republican pickup opportunities in the Senate. Walsh has been gaining on Daines, however — a recent poll by the left-leaning Public Policy Polling showed that Walsh had trimmed an early 17-point Daines advantage down to seven points. 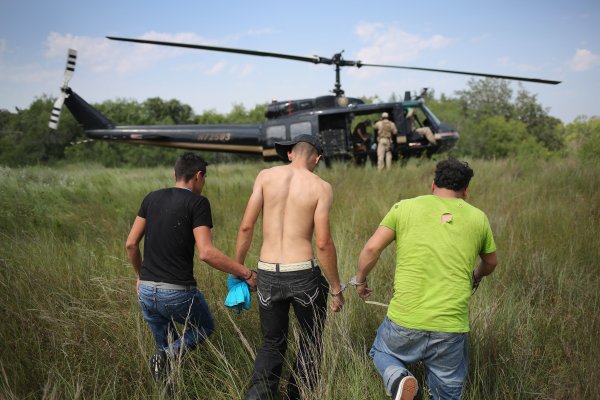