Bill de Blasio Learns How to Eat Pizza Like a New Yorker...in Italy

New York City is a place famous for welcoming inhabitants of all stripes and persuasions—”Give me your tired, your poor, your huddled masses yearning to breathe free”—but the one thing New Yorkers will not abide, it seems, is a mayor who eats his pizza with a fork.

No New York City mayor—in recent memory, at least—has had his pizza eating style critiqued quite so much as Mayor Bill de Blasio. Within days of his election in January, de Blasio was fending off verbal barbs from irate denizens of the Big Apple after he was caught on camera eating pizza with a fork at a pizzeria in Staten Island. (The Boston-born, Italian-lineage de Blasio later said he was employing the methods of his “ancestral homeland.”)

While on vacation with his family Wednesday in Naples, Italy — that “ancestral homeland” of his — de Blasio was busted again using a fork while devouring an authentic Italian pizza pie. But before your inner Yankee dusts off the old pitchfork, see this photo taken the same day—proof that Mayor Bill de Blasio is fully capable of standing upright while awkwardly wielding a handful of napkins and folding a greasy pizza slice in half before shoving it into his pie hole, like any civilized New Yorker would. 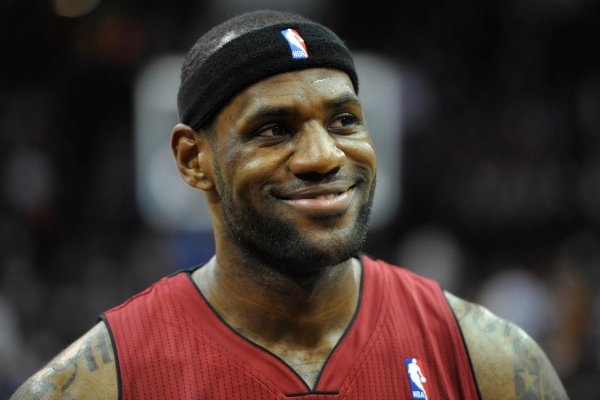 LeBron James Sends Cupcakes to His Neighbors
Next Up: Editor's Pick