A cultural conundrum that I struggled to comprehend during my six years of living in Amsterdam concerned the Dutch attitude toward celebrities. They are passionate about their own celebrities – far more than about Hollywood stars, which is fair enough – but in the midst of intensely gossiping about a homegrown film or sports personality, they will suddenly turn blasé, as if the celeb were a mere family member who had started to become uppity.

The explanation is in the size of the nation. When you’ve got a total population of 16 million crammed into a country smaller than most individual U.S. states, everyone is within a couple of degrees of separation of everyone else. Wesley Sneijder, Robin van Persie, and the other stars of the country’s World Cup team are brought down to Earth by the fact that, chances are, you know them, or your uncle does.

That thought came to mind as I’ve watched somber memorials unfold like dreams in cities all over the country this week. Roughly two-thirds of the 298 people who died on Malaysia Airlines Flight 17 were Dutch. I asked several Dutch friends how they were doing. As I more or less expected, every one of them knew at least one person who was on the plane. One, who lives in The Hague, said her daughter was friends with a girl whose entire family was on the flight: they were going on vacation to Borneo. “They were in primary school together and took the same ballet lessons,” my friend said of her daughter and the girl who died. “When you think of their empty house, it is all very unreal.”

A few people want to lash out, saying the country should strike out against Russia. Someone posted the address of Vladimir Putin’s daughter, who lives in the Netherlands, on the Facebook page of the Netherlands-Russia Center. There are some vicious tweets.

But in the main the reaction to the sudden loss of a cross-section of Dutch society – the proportionate loss of life for a country the size of the United States would be about 6,000 people – has been muted. The government declared a national day of mourning, but events were already taking place everywhere, in a natural, non-official way. A mountain of flowers in front of a restaurant in Rotterdam. A pall of silence descending on the “Rose Kermis” gay festival in Tilburg. The deaths were evenly spread all over the country, and the memorials are localized.

The Dutch are strikingly different from Americans in their gut reactions to things. When hit with a national shock, Americans will almost instinctively reach for ideology or ideals. People saw 9/11 as an assault on “freedom.” The Dutch have an innate distrust of ideology. You could relate that to World War II and their experience under Nazism, but it goes much farther back. It has something to do with being a small country surrounded by larger countries that have had long histories of asserting themselves.

It also stems from the fact that Dutch society grew not out of war against a human foe but out of the struggle against nature. Living in low lands on a vast river delta, the Dutch came together to battle water. Building dams and dikes and canals was more practical than ideological. For better or worse, the Dutch are more comfortable with meetings and remembrances than with calls to arms.

Geography has defined destiny throughout Dutch history. The little country has reached outward, and prospered thanks to its ability to trade and engage with others; it also has proven a safe for refugees from less tolerant lands. Even before its 17th century golden age, Holland had become an intensely polyglot hub for goods and ideas, intricately connected with farflung places.

Flight 17 reflects and updates that history. Of course, by definition the plane was packed with travelers. But this tragedy gives an inadvertent indication of how racially mixed the country has become. Among the Dutch passengers listed on the flight manifest were a Vietnamese family who lived in Delft, the city of Vermeer; a Chinese couple from Rotterdam; a Dutch-Israeli student; a Dutch-Malaysian family; a Dutch-American; people born in Curacao and South Africa; and others with German, Indonesian and British backgrounds.

We hear about the growing multiethnicity of the country mostly through the screeching of right-wing fanatic Geert Wilders, member of parliament and leader of the Freedom Party, who riles up some elements of society by declaring that newcomers (read Muslims) are torpedoing Dutch traditions and turning the land of windmills into a giant mosque. The international media is a sucker for Wilders because he seems to give the lie to what the Dutch are most famous for (besides tulips and marijuana cafes): tolerance. The Dutch pioneered the concept in the 16th century, enshrining it in their de facto Constitution two centuries before “all men are created equal.” America’s history–especially New York’s–was deepling influenced by it, via the Dutch colony of New Netherland and its capital of New Amsterdam on Manhattan.

Wilders knows that the media always glom onto a counter-narrative, and he has used that fact repeatedly to his own advantage and to the detriment of his country’s image abroad. But one truth revealed by this tragedy is that the country is quietly becoming a melting pot, a place intricately connected to other parts of the world. The Dutch people who died on MH17 mirror their own rapidly evolving society, and remind the rest of us that our futures don’t lie in tribalism, but in expanding our connections.

Russell Shorto is the author of Amsterdam: A History of the World’s Most Liberal City. This piece originally appeared at Zocalo Public Square. 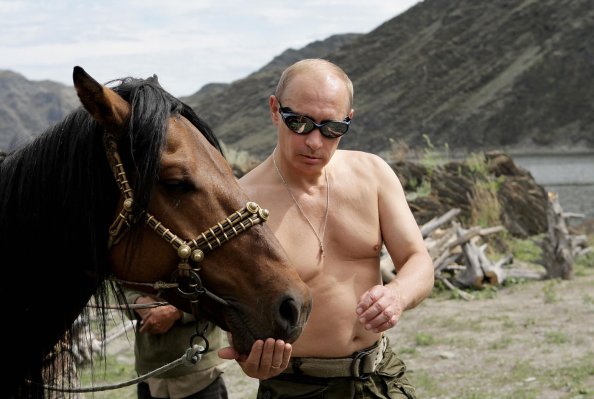 Putin's Power: Why Russians Adore Their Bare-Chested Reagan
Next Up: Editor's Pick