Gains in Life Expectancy in the U.S. May Be Slipping

The more chronic medical conditions you have, the shorter your life will be, say researchers from Johns Hopkins Bloomberg School of Public Health.

In the study, published in the journal Medical Care, the team found that nearly four in five Americans over the age of 67 have multiple chronic conditions such as heart disease, hypertension and diabetes.

Obesity may be driving much of this trend, and may responsible for slowing recent gains in life expectancy. Life expectancy has been growing at about .1 years per year in the U.S., (that’s slower than rates in other developed countries).

The study used the Medicare 5 percent sample, a nationally representative group of 1.4 million Medicare beneficiaries, which included data on 21 chronic conditions. On average, life expectancy decreased by 1.8 years with each additional chronic condition among older Americans.

“When you’re getting sicker and sicker, the body’s ability to handle illness deteriorates and that compounds,” says senior study author Gerard Anderson, a professor in the Department of Health Policy and Management at Johns Hopkins. “Once you have multiple conditions, your life expectancy becomes much shorter.”

For example, he says, a 75-year-old woman with no chronic medical conditions would likely live to at least 92 years old, or another 17.3 years. However, a 75-year-old woman with five chronic conditions will likely only live another 12 more years, and a woman of the same age with 10 chronic conditions would only live to about 80 years old. According to the data, women fare better than men and white people live longer than black people even with the burden of additional health conditions.

The type of chronic disease older people develop also seems to affect their life expectancy. A 67-year-old diagnosed with Alzheimer’s will only live an additional 12 years, while someone with a heart condition can expect another 21.2 years. But once people develop more than one chronic condition, the specific illnesses no longer matter.

“There are interaction effects among the diseases that result in decreases in life expectancy. Any condition on its own has a particular effect. When you have heart disease plus cancer, that has a particular affect, and then those start to accumulate,” says lead study author Eva DuGoff.

The findings may be important for calculating health costs in coming years, especially for Social Security and Medicare programs. Currently, 60% of people over age 67 have three chronic medical conditions that require medical care — a significant increase from previous years when individuals didn’t live long with chronic conditions.

“In some ways we’re a victim of our own success. As we’re living longer and our health system has gotten better, no longer are people dying of heart disease at age 50 so now they’re dying of heart disease later when they have other things like cancer as well,” says DuGoff. Whatever gains improved health care has provided may be eroded by the effect of these accumulating chronic conditions. “We need to reorient our healthcare system to care for chronic conditions. If we don’t reorientate ourselves in that way, the impact of chronic conditions on life expectancy could be extremely negative.” 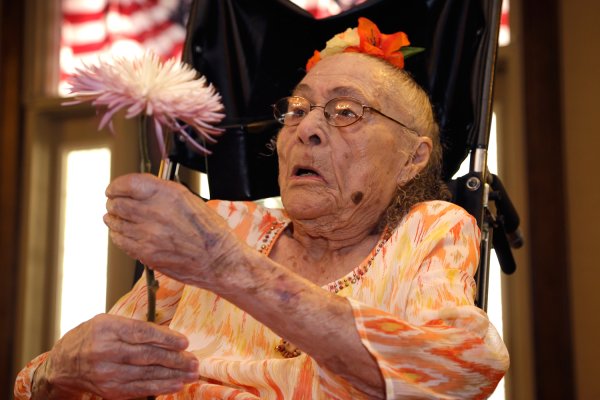