Freight trains that haul an increasingly large amount of oil across the United States will have to improve safety mechanisms under new regulations proposed by the Obama administration Wednesday.

The new rules include lower speed limits, new brake requirements, tougher regulations on the sturdiness of oil tank construction and a plan for phasing out some older oil tank cars.

As a result of the rapid increase in oil production in North America in recent years, a growing volume of crude is being moved from well-head to refinery via freight trains—an increase of 423 percent between 2011 and 2012, according to the Department of Transportation. In tandem with that sharp uptick, there has been a spate of train accidents involving spilled crude oil, up from none in 2010 to five in 2013 and five by February this year, before a train carrying crude derailed in April in downtown Lynchburg, Virginia, temporarily setting on fire to a river that passes by the town’s population of 77,000.

The fact that train accidents overall have been in sharp decline in the last decade speaks to the tremendous increase in the amount of crude oil being moved around the country by rail.

Environmentalist groups have been pushing for tighter safety rules on freight trains carrying crude oil, which often pass through or near residential communities. A particularly devastating train accident last year in a town in Quebec left more than 40 dead and dozens of buildings destroyed.

Among the initiatives the DOT proposed Wednesday is a plan to address concerns that crude oil drilled out of the Bakken Shale formation in North Dakota, today one of the most productive oil fields in the world, is a particularly dangerous form of crude. “It has become general public knowledge that Bakken crude is proving particularly explosive,” said Anthony Swift, a staff attorney with the Natural Resources Defense Council.

In its response to the DOT proposal, the American Petroleum Institute, a trade group, rejected the notion that Bakken crude is especially dangerous. “The best science and data do not support recent speculation that crude oil from the Bakken presents greater than normal transportation risks,” said API President Jack Gerard. 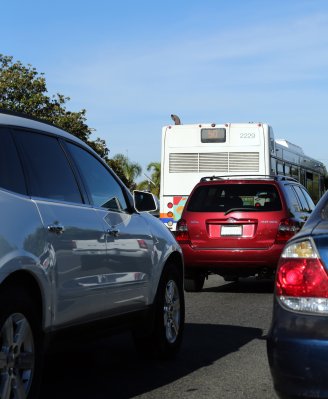 TIME Global Energy Poll: Americans Won’t Give Up Cars
Next Up: Editor's Pick