Mick Jagger on James Brown: "I Copied All His Moves"

Mick Jagger first met James Brown backstage at the famed Apollo Theater in Harlem fifty years ago, when the now-legendary British superstar was a 20-year-old music industry rookie. Singer Ronnie Spector, who introduced them, has said that Jagger was so excited to meet the funk icon that she thought he was going to have a heart attack.

With his involvement in bringing the new biopic Get On Up to the screen, Jagger is now helping to introduce Brown’s unique musical brilliance to a new generation. Jagger spoke with TIME about his relationship with the funk/soul superstar, and shared some additional information regarding his work on the film.

TIME: What’s your first memory of hearing or seeing James Brown do his thing?

Mick Jagger: We all had the Live at the Apollo album. That was the big album before [the Rolling Stones] had come to America. He was a big favorite, and a different kind of music than I played at that time, which was mostly Chicago-style blues and rock. In those days, he did a lot of ballads, and also did super-fast stuff like “Night Train.” All these songs were on this huge-selling album, where you kind of lived the James Brown show without actually seeing it, so I was very familiar with it. When I first went to America, I met James at the Apollo, and he let me hang out with him. I was just a kid, really. He was, like, ten years older than me or something, but he’d been doing it for so long, and he had it down so much. He was kind to let me hang out, and I watched the shows. They did, like, four or five shows a day. Not all with the same intensity, obviously. It’s not possible. So I watched him there at the Apollo, we hung out some, and then I met him various times, we crossed paths on tours and so forth. I went on stage with him at the Apollo in the seventies. He called me up on stage with him. It was kind of a cringy moment for me, because English people don’t really…(laughs)…I just wanted to watch the show. I wasn’t there to be called up to dance with James Brown. But of course, you had to. That was the first time I was on stage at the Apollo, funny enough. James was always very nice to me, always giving me advice.

Can you share some of that advice with us?

James talked a lot about business. It’s in the film. The whole thing about the Apollo was, it’s about renting [it], making your own money, doing your own promotion. He wanted to be his own man. He didn’t want to be bossed around. He didn’t want to be put on a salary. In those days, people got very low record royalties, or never got paid royalties at all. James was very aware of all that. He tried to be his own man, and make sure he wasn’t just used.

Were there any of his stage moves that you, either intentionally or unintentionally, made part of your own persona?

Of course. I copied all his moves. I copied everybody’s moves. I used to do [James’] slide across the stage. I couldn’t do the splits, so I didn’t even bother. Everyone did the microphone trick, where you pushed the microphone, then you put your foot on it and it comes back, and then you catch it. James probably did it best. [Soul singer] Joe Tex did it brilliantly. Prince does it really well. I used to try to do it, but in the end, it hit me in the face too many times and I gave it up. So of course I copied his moves. There was one particular one I used to do a lot, but then I gave up and moved on. You just incorporate everything into your act.

Which was the one you used to do a lot?

When you move laterally from one side of the stage to the other, twisting your foot on one leg. I could do that one. But it’s a kind of attitude, too, not just a body move. It’s a kind of an attitude that he had on stage. You copy it. Little Richard was another contemporaneous performer who appears in this movie, because they’re from the same town. Little Richard also taught me a lot of things. It wasn’t so much moves. It’s about presence on stage in relationship to the audience.

In addition to James’ renown as a performer, he had a huge impact behind the scenes as well, in the construction of his music. Talk about his role in crafting his legendary songs.

James wasn’t a trained musician. He didn’t write music and he didn’t do arrangements. But he did initiate lots of grooves. He had a style. When he reinvented his music from the Apollo-live-period stuff into the funk period, where he did “Cold Sweat,” which was mostly known as the first groove/funk record, he kind of reinvented this. A lot of credit goes to musicians, but a lot goes to him, because he did something that no one else had done. He was into repeating these riffs which were normally used for the outro of a song, and decided to just use that as the whole song. He stripped away a lot of the melodic themes, and just made it into percussive themes for the vocal and the horn lines. His influence on that is massive, because he and the musicians invented this whole new funk genre of music.

His influence has been felt, though, in all areas of music, including hip-hop and the music of superstars like Michael Jackson and Prince. Would any of it be the same without James’ influence?

He’s been a huge influence on all the people you mentioned. Nearly all hip-hop artists acknowledge his influence on their music. Bruno Mars does a lot of his stage act – he does sections which are very influenced by [James]. And also, on artists like myself. I didn’t do much of that kind of music, really, but it’s influenced all the rock bands I know. [Even if] you don’t sound like James Brown, you know that’s in your repertoire. Not on this last tour, but the tour before, we did a James Brown number. We did “Think.” Even though The Rolling Stones is mainly a rock band, if we wanna do that, we can, because we know it. We learned it so long ago.

How big an influence was he on the Stones’ music?

It’s hard to discern. My point is, it’s all there in the background. Particularly that Live at the Apollo album, and all those early funk records. All these bands, the Stones included, could all play [some of that].

James’ music is generally referred to as funk, soul or R&B, and rarely mentioned as an influence in the classic rock realm. But for bands like yours, or even Led Zeppelin, that influence is in there.

Definitely, it’s there. Dave Grohl will be able to do those songs too. The influence is major.

Brian Grazer says you were instrumental in giving feedback on the script for Get On Up. What was the script like when you first read it, and what changes did you feel needed to be made?

First of all, when you find these scripts that are in turnaround, often the reason they aren’t made is because they’re awful or unworkable or something. I found that the Butterworths (English screenwriting brothers Jez and John-Henry Butterworth, who wrote Get On Up) are very talented, and to them, it was a labor of love. I liked the script very much. I thought it had an incredible amount to offer. It was unlike other biopics, which go in for an extremely small snapshot of a person’s life. But this is more extensive. So I thought it was a very good script, but every script needs [some work]. We did change accentuations of character. We amalgamated some characters, because there were just too many. It was slightly confusing. We made it funnier, we took out a lot of early stuff – we just shaved it around and got it into a workable state. It took a while, but the Butterworths did a rewrite, and also, as we got [the film’s director Tate Taylor] on board, we did dialogue changes, and Tate did a polish.

Were there any specific aspects of James’ life you felt needed to be corrected, or portrayed in a different light?

For myself and for Brian, [this film] is about James Brown wanting to be master of his own fate, against the odds – to be in control of his destiny, coming from a place of extreme poverty where he’s in complete disarray and not in control of his destiny. He wants to be master of his own fate, but while doing this, of course, he often alienates people and becomes a loner, and that’s the price that he pays for wanting this success – for being so extreme in his work ethic. That was one of the things we wanted to show. We wanted to show in this movie how it happened, and how he was ultimately a lonely person.

Why was Chadwick Boseman the right choice to play James?

It was a tough ask, and everyone I spoke to said, “You’ll never get anyone to do it well enough.” And, [there was the question of], were we going for a dancer that could act, or an actor that could dance? And so on. You just have to look at everybody that comes your way. Chad had come off this movie, 42, which was successful in the United States, and he was very confident about his ability to play this part. I was very confident, and so were Brian and Tate, about his acting ability, but he knew he had to work – as anyone would have to work – really hard on the performing part, because he wasn’t a stage performer. Apart from immersing himself totally into the character, that was a load of work. The hours that Chad put into this with the choreographer, he really put in the extra hours to make it work, and it paid off.

So there wasn’t significant apprehension on your part knowing that he wasn’t that sort of performer?

Well, yes. Everyone had apprehension, or whatever word you wanna use. (laughs) You never know ‘til you do the first dance scene how it’s gonna work. That’s the nature of any of these things. I think everyone, including Chad, was a little nervy at the beginning. I’m sure they were. But as it went on, you could see how Chad had really taken on the character and made it his own. 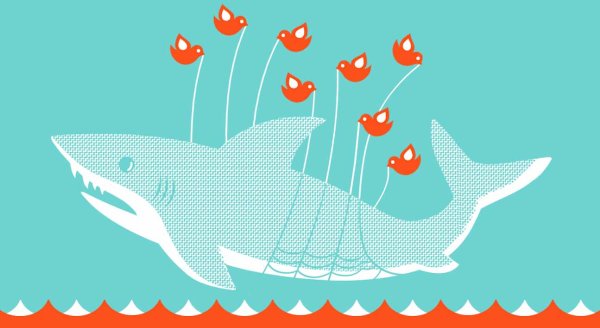 Snark Attack! Sharknado 2 Chums the Waters of Social Media
Next Up: Editor's Pick