Pittsburgh, You're Too Nice to Be Unhappy

It wasn’t all that surprising that some piece of convoluted research by the U.S. National Bureau of Economic Research concluded that New York City is the nation’s unhappiest city. Of course it is. Being domiciled here is designed to make you unhappy. Even furious. You take your life in your hands crossing the street because angry cab drivers are pissed off that you are using their roadway. And you return the favor as you slowly walk in front of them, glaring. Yesterday, my subway was halted by an announcement that someone needed medical attention. Passengers were annoyed that someone had the temerity to pass out on their train. There are eight million of us crammed into buses, trains and apartments. We pay $15 for a sandwich and have to argue for an extra pickle. It’s one seething metropolis, all right. We love it that way.

But the NBER is telling me Pittsburgh is the runner up in unhappy. You gotta be kidding me. Pittsburgh doesn’t know from unhappy. I’ve lived there. These are not people who behave as though they are miserable. Pittsburghers are so darn nice you could scream. You want to make a left turn against traffic? Go ahead, don’t even bother to stop because the driver opposite will be waving you across. Why? Because Pittsburghers aren’t in a mad rush to get somewhere. They don’t have to fight for anything. You want to go to a baseball game or a symphony? No problem, there are always tickets, and parking isn’t a hassle. Want to leave town? Easy. Pittsburgh has an airport that’s actually pleasant, if underused, while New York has three area airports that aren’t good enough to qualify as UN refugee camps.

You want to be unhappy, Pittsburgh, don’t let me hear about quality of living. Or the cost. Compared with New York, living costs are a bargain. You don’t have to inhabit $5,000 a month shoeboxes. There are plenty of green spaces and parks in which to frolic and you can buy a knockwurst and cheese sandwich at Primanti Bros. for $6.39. That’s about the price of a Hershey bar in midtown Manhattan.

This is not the criteria for unhappy. Sure, Pittsburgh has taken its share of hard knocks. The steel industry imploded in the 1980s, and half the population had to abandon the place. The city was broke. But since then other industries, including special metals, have restored some of its manufacturing base while high-tech firms and the medical industry have added to the economic base. Pittsburgh’s unemployment rate was 4.7% in May, according to the Bureau of Labor Statistics. What do you have to complain about? In New York City, the unemployment rate was 6.7%, unless you are in acting, where it’s 97%.

So listen up, Pittsburgh. I know you’ve got a chip on your shoulder. You always want to be No. 1 one in something. Yeah, Cleveland got the Republican convention and LeBron, but you look down on Cleveland anyway. They’re Midwesterners, aren’t they, and you think of yourselves as part of the East. But don’t even think about taking over our spot as the nation’s leading whiners. You’re too nice. Your city is too livable. Find something else to be unhappy about, and we’ll tawk. 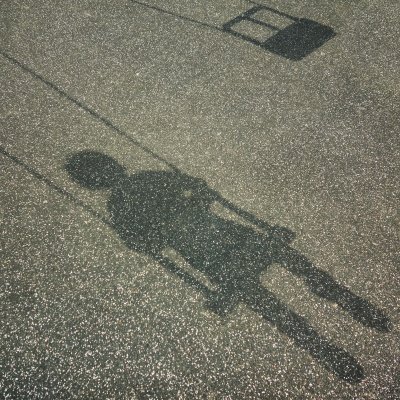 I Left My Kids With a Babysitter to Go to a Job Interview—And Came Home to Find Them Hungry, Naked, and Locked Up
Next Up: Editor's Pick