A pro-Russian separatist shows members of the media a black box belonging to Malaysia Airlines flight MH17, before its handover to Malaysian representatives, in Donetsk on July 22, 2014.
Maxim Zmeyev—Reuters
By Hannah Goldberg

A team of investigators led by the Dutch Safety Board said in a report Wednesday there’s “no evidence” that Malaysia Airlines Flight 17’s cockpit voice recorders had been manipulated after the crash.

Many observers were concerned the black boxes — which include a cockpit voice recorder as well as a flight data recorder — were somehow tampered with by pro-Russia Ukrainian rebels who control the scene of the crash. Speculation that said rebels may have been responsible for shooting down Flight 17, some say, was a potential incentive for the rebels to damage or destroy the devices to hinder an investigation.

Malaysia Airlines Flight 17, a Boeing 777, crashed July 17 in eastern Ukraine, killing all 298 on board. 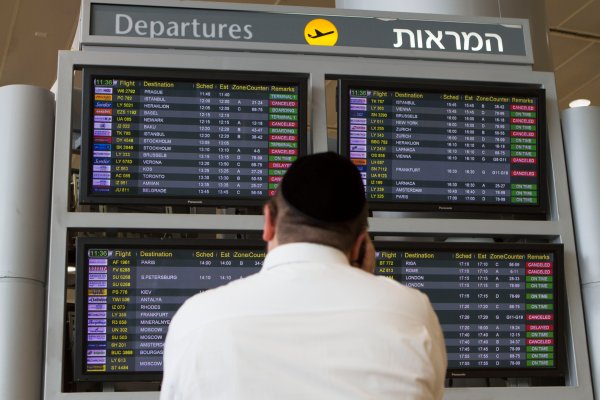 FAA Grounded Your Israel Flight? Russia Will Fly You There
Next Up: Editor's Pick