Having The Right Kind of Fat Can Protect Against Diabetes, Study Says

Not all fat is created equal, it seems. When we’re born, we have larger amounts of brown fat, so-called because it contains more dark mitochondria, the cell’s energy factories that pull in glucose and use it as fuel to drive cellular functions. Like a hard-working battery, however, brown fat releases heat as it performs its functions, which is helpful to keep newborn infants warm but gets less useful for adults as we’re better able to regulate our body temperature. So as we get older, this brown fat is gradually lost.

But in a report published in the journal Diabetes, scientists led by Labros Sidossis, professor of internal medicine at University of Texas Medical Branch at Galveston, found for the first time that adults who retained more amounts of brown fat were better able to keep blood sugar under control and burn off fat stores. Previous studies have linked brown fat to better weight control, but these results also hint that the tissue may be important for managing diabetes.

MORE: How Now, Brown Fat? Scientists Are Onto a New Way to Lose Weight

The researchers measured the brown fat in a small group of healthy men and also tracked how much energy they used while resting, how well they metabolized glucose, and their sensitivity to insulin, which breaks down and controls blood sugar. Because brown fat tends to be activated under cold temperatures, the scientists also measured these factors after the men sat at room temperature, and again after they sat at 65 degrees to 70 degrees F for five to eight hours.

The men who had higher amounts of brown fat – about 70g on average – increased their metabolic rate by 15%, meaning they burned more calories when they were exposed to slightly cooler temperatures, compared to the men with little or no brown fat. That alone, says Sidossis, contributed to burning 300 more calories for these men.

Those with higher brown fat were also able to break down more sugar, leading to less of it in their blood, something that hasn’t been shown before in human studies. If the subjects sat in the cooler room for 24 hours, the researchers found, that would lead to a reduction of 25g of sugar in the blood thanks to their brown fat alone. “That’s significant because if you consider people who have diabetes, they only have about 2g to 3g more sugar in the blood,” says Sidossis.

Interest in brown fat has exploded in recent years, and investigators found that adults retain more brown fat than previously thought, on either side of the base of the neck. Activating this fat store has become a popular area of research; so far, cold temperatures are the only reliable way to stimulate it, but others are exploring ways to transform white fat into brown fat. As of yet, experts haven’t found a reliable way to turn brown fat on or off in a reliable and metabolically useful way. Genetics may determine how much brown fat people are born with, but if early research is validated, it may also be possible to modify that amount, either with drugs or by transforming white fat.

MORE: Turn Down the Thermostat, Drop a Few Pounds?

If the results of the current study are confirmed, the need to do so might become more urgent. “Our data suggest that brown fat may function as both anti-obesity and anti-diabetic tissue in humans,” says Sidossis. “And that makes it a therapeutic target in the battle against obesity and chronic disease. Anything that helps in this area, we need to pursue and make sure that if there is potential there, we exploit it.” 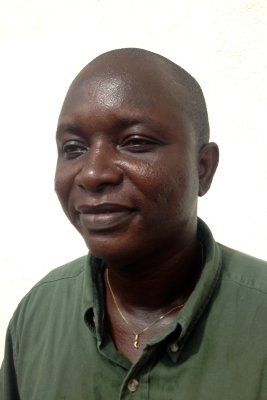