FAA Grounded Your Israel Flight? Russia Will Fly You There

Need to fly to Tel Aviv from the U.S.? While domestic carriers such as American, Delta and United continue to temporarily suspend air service to Ben Gurion airport due to rocket fire, there’s at least one European carrier that can get you there: Aeroflot.

Russia’s flagship airline is running daily flights from JFK to Tel Aviv via Moscow, as is another Russian carrier, Transaero Airlines, named “Most Improved Airline” in Europe last year. Flights are as low as $1214 round trip, according to the travel site Kayak.

While the Israeli government was upset by the Federal Aviation Administration’s decision to temporarily close off Tel Aviv’s airspace to U.S. carriers, Moscow apparently had no worries about security over Israel.

The Russian government does apparently have concerns about Ukranian airspace, though: both of Russia’s carriers are avoiding eastern Ukraine, taking a roundabout route between Moscow and Simferopol in Crimea, for example, according to flight data provided by Flightradar24.com. 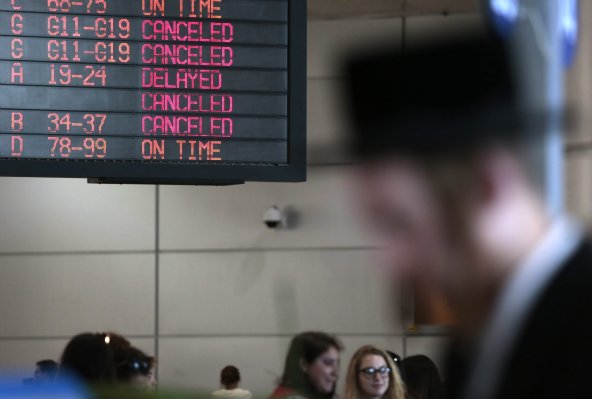 Another Day, No Flights
Next Up: Editor's Pick