Sheik Umar Khan, 39, is leading an assault on the virus that the World Health Organization says has already claimed 632 lives—206 in Sierra Leone alone as of July 17.

The ebola virus is ruthless, with a mortality rate of 90%. Transmitted through direct contact with the body fluid, blood and infected tissue of victims, ebola can easily spread to the health workers working hard to fight it.

“Health workers are prone to the disease because we are the first port of call for somebody who is sickened by disease. Even with the full protective clothing you put on, you are at risk,” Khan said in an interview with Reuters, before displaying the illness.

Khan is credited with treating more than 100 Ebola victims, Reuters reports, and is considered a “national hero” by the nation’s health ministry. The doctor has been moved to a treatment facility run by the medical charity Doctors Without Borders, according to a statement released Tuesday from the president’s office.

The outbreak began in Guinea this February, but has quickly spread across West Africa. 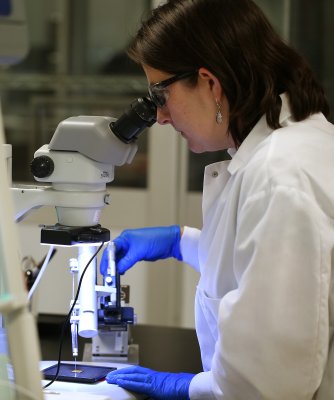 Research Indicates Deadly Virus Could Be Airborne
Next Up: Editor's Pick