Walls Unit in Huntsville prison where lethal injections are carried out on inmates in Huntsville, Texas.
Jerry Cabluck—Sygma/Corbis
By Josh Sanburn

A rare victory for a death row inmate over the weekend was quashed Tuesday when the Supreme Court lifted a stay of execution for Joseph Wood, who was sentenced to death for the murder of his girlfriend and her father in 1989.

In a three-sentence order, the Supreme Court reversed a judgment by the U.S. Ninth Circuit Court of Appeals that halted Wood’s execution based on the secrecy surrounding where the state obtains the drugs to carry out lethal injection. About a half-hour after Wood was scheduled to be executed, Arizona’s top court announced that it had temporarily halted the execution on appeals. Wood’s lawyers said he did not have proper legal representation. They also claimed that Arizona’s “experimental” lethal injection methods, which include drugs like midazolam that have been used in executions that have gone awry in other states, would violate the Eighth Amendment’s ban on cruel and unusual punishment. But that stay was lifted Wednesday afternoon after the court heard last-minute appeals from Wood’s lawyers, clearing the way for Wood to be executed by lethal injection.

Death row inmates around the U.S. have challenged the constitutionality of their lethal injections, often arguing that the laws and policies shielding drug manufacturers’ identities are unconstitutional. Due to drug shortages and boycotts by pharmaceutical companies, many states in the last few years have obtained lethal injection drugs from compounding pharmacies, which are unregulated by the federal government.

Courts around the country have been largely unreceptive to those arguments. Wood’s case, however, was an exception.

Wood’s lawyers asked the state to halt his execution if it did not provide the origins of the drugs as well as the qualifications of the executioners, relying not on an Eighth Amendment argument regarding the risk of cruel and unusual punishment, but rather a First Amendment defense that Wood had a right to access information about his execution. A U.S. District Court judge in Phoenix initially denied the request, but the Ninth Circuit sided with Wood.

The court denied appeals by the state to lift the stay, sending the case to the Supreme Court, which has been reluctant to step into the ongoing battle over lethal injection.

But while the fate of lethal injection in the U.S. remains uncertain, reverting to an older method of executions got an unexpected endorsement. In a separate opinion by the Ninth Circuit that upheld Wood’s stay of execution before the Supreme Court intervened, Judge Alex Kozinski called lethal injection flawed and proposed bringing back the firing squad.

“If some states and the federal government wish to continue carrying out the death penalty, they must turn away from this misguided path and return to more primitive—and foolproof—methods of execution,” Judge Kozinski wrote. “The guillotine is probably best but seems inconsistent with our national ethos. And the electric chair, hanging and the gas chamber are each subject to occasional mishaps. The firing squad strikes me as the most promising. Eight or ten large-caliber bullets fired at close range can inflict massive damage, causing instant death every time. … Sure, firing squads can be messy, but if we are willing to carry out executions, we should not shield ourselves from the reality that we are shedding human blood.”

Legislators in several states have proposed bringing back firing squads. Only Oklahoma and Utah currently allow them, according to the Death Penalty Information Center, but only under very limited circumstances. 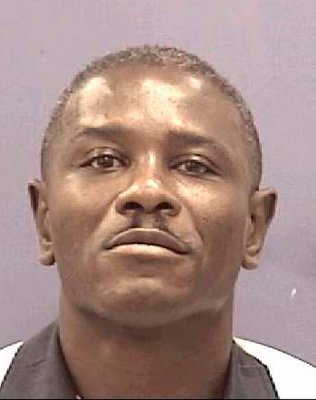 One Executed, 2 Remain
Next Up: Editor's Pick