So Where the Heck IS Voyager 1, Anyway?

Adios? Not so fast
NASA/JPL
By Michael D. Lemonick

For a space probe that’s at least two decades beyond its sell-by date, Voyager 1 has a pretty impressive record of keeping itself in the news. Even more impressive is the fact that the topic is always the same. Either the aging craft, launched in 1977 to explore first Jupiter, then Saturn, has left the Solar System, en route to an eternal journey into deep space, or it hasn’t.

In 2003, for example, the reports were that Voyager had indeed left. But in 2010, it was merely getting ready to leave. Same thing in 2012. Then, last year, it definitely departed—but it didn’t leave the Solar System exactly. What it did do was depart the heliosphere, the region where the charged particles of the solar wind stream freely outward from the Sun before slamming into the particle clouds of interstellar space to form a shock wave known as the heliopause.

If you’re not confused enough already, you will be. It turns out that nobody actually knows whether Voyager really is outside the heliosphere at all, since all of the tests to date have been indirect, looking for charged particles and other clues that suggest but don’t prove anything. So now a pair of Voyager team scientists have proposed what they insist is a definitive test, in a paper accepted for publication in the journal Geophysical Research Letters.

If the spacecraft is still inside the heliosphere, they say, it should encounter something called the “current sheet,” a place where the Sun’s magnetic field flips from north to south. Even Voyager’s aging instruments could detect that event directly. “If that happens, I think if anyone still believes Voyager 1 is in the interstellar medium, they will really have something to explain,” said co-author George Gloeckler, a space scientist at the University of Michigan, in a press release.The moment of truth, Gloeckler believes, should come sometime in 2016.

Unless it doesn’t, of course. That will mean Voyager left last year after all. But even if the field reversal does happen, it could mean that the heliosphere itself is temporarily expanding, and has briefly caught up with Voyager. So Voyager left, but that, as Michael Corleone famously said in The Godfather, Part III, “Just when I thought I was out…they pull me back in.”

Whether Voyager is inside or outside the heliosphere, there’s no dispute about one thing: it has not left the Solar System, which is the collection of objects that orbit the Sun. The probe is currently about three times as distant as Pluto—but the orbiting Oort Cloud of proto-comets is far more distant than that. Voyager won’t cross that line for many thousands of years.

And at that point, if anyone’s still interested, you can expect a brand new flurry of “is it or isn’t it” stories. 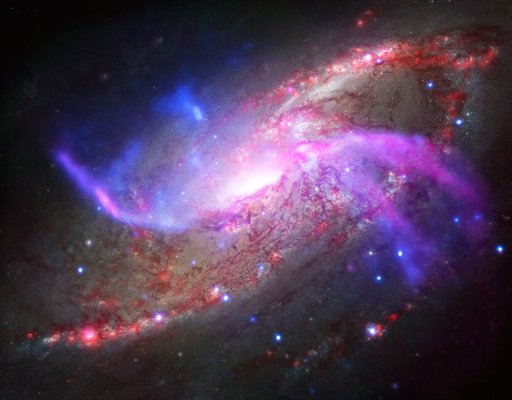 Chandra Observatory: 15 Years of Glorious Pictures
Next Up: Editor's Pick