The number of teens using synthetic human growth hormones (hGH) without a prescription have doubled, according to a new survey of high school students.

A survey from the Partnership for Drug-Free Kids found that 11% of the 3,705 high schoolers surveyed reported “ever having used” synthetic hGH without a prescription. That’s a jump from the last four years: in 2012 and 2011 the number of teens using hGH was 5%. The survey also found that steroid use among teens went up from 5 to 7%.

African-American and Hispanic teens were the most likely to say they’ve used synthetic hGH, and the researchers found that both boys and girls had claimed to use hGH and steroids without a prescription. The awareness of online steroid and hGH marketing among teens also rose from 17% in 2012 to 22% in 2013, and kids are less likely to think there is a high or moderate risk associated with them compared to earlier years.

Prescription and over-the-counter hGH are considered safe for uses that include treatment for muscle deterioration due to HIV/AIDS and longterm treatment for kids of short stature. But as the report points out, some supplement products that are not regulated by the FDA and not safe for teen consumption can make it onto store shelves, and many are sold online.

“The proliferation of commercially available products that are marketed saying they contain synthetic hGH, or promote the natural production of hGH within the body, is staggering,” said Steve Pasierb, president and CEO of the Partnership for Drug-Free Kids in a statement.

Teens tend to use synthetic hGH and steroids–which can be injected or taken orally–to improve their athletic performance or physical appearance. The Partnership for Drug-Free Kids encourages parents and coaches to talk to young people about the risks. The group has also collaborated with the Major League Baseball Charities to create a program that teaches young athletes about the dangers of performance-enhancing drugs. 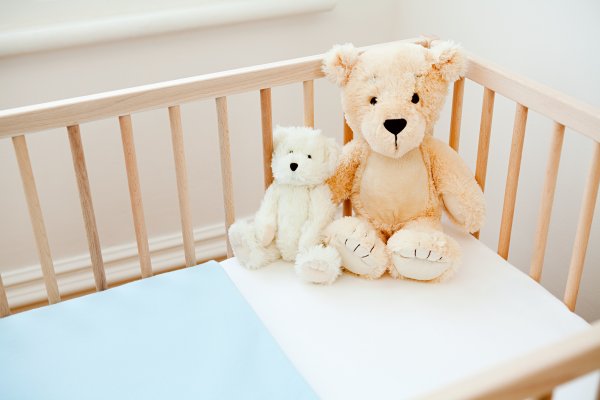 The Alarming Reasons Why Infants Die in Bed
Next Up: Editor's Pick