Watch: Paramedics in Gaza Face Incoming Fire to Save Lives

Paramedics are often among those first to a horrific scene. But in the latest flare-up between Israel and Palestinian militants in Gaza, the AFP reports, they are also coming under fire or witnessing the deaths of children and colleagues.

“The ambulance worker is the one who arrives first so he sees with his own eyes what has happened, what the injuries look like, what the situation is, what the truth is,” Adel al-Azbut, 30, a paramedic, told AFP.

The International Committee of the Red Cross on Monday condemned the shelling of the Al Aqsa hospital in Deir El Balah that left at least five people dead and added to a growing fear that few safe havens are left in the enclave.

Paramedics had to bury a colleague who was killed this week when his ambulance was hit by an Israeli rocket. “The situation is very hard. We’re in a war that is affecting everyone—the citizens, the paramedics themselves,” said Jihad Selim, a paramedic shift supervisor. “They don’t go home. They’re only able to check on their families by phone—it’s tense.”

At least 632 Palestinians had been killed as of Wednesday, a figure that UNICEF reported includes at least 121 children under the age of 18. Almost 30 Israelis have died in the offensive, nearly all of them soldiers. 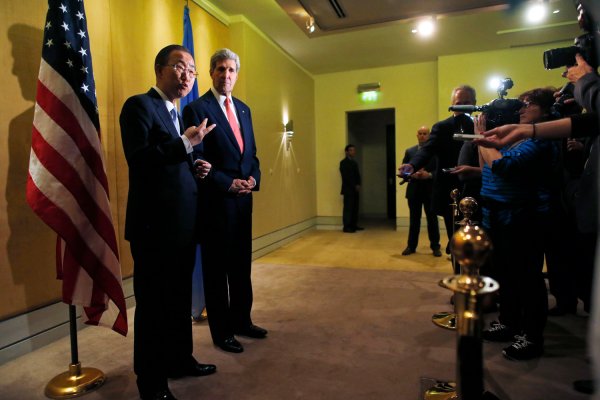 Gaza Hit Hard Amid Truce Calls
Next Up: Editor's Pick