This picture taken on March 18, 2014 shows an unidentified man posing for a photo with two Tibetan mastiffs after they were sold at a 'luxury pet' fair in Hangzhou, in eastern China's Zhejiang province.
STR / AFP / Getty Images
By Olivia B. Waxman

A property developer reportedly paid “12 million yuan ($1.9 million)” for a golden Tibetan mastiff puppy Tuesday, according to AFP via the Qianjiang Evening News.

The buyer, an aspiring dog breeder, is said to have purchased the pup at a luxury pet expo in the eastern province of Zhejiang. The dog’s breeder Zhang Gengyun reportedly said another red mastiff sold for 6 million yuan (approximately $968,000).

The dogs, known for their protective, loyal qualities, and “stranger danger” instincts, have been considered a status symbol for millionaires. According to the AFP, one named “Red Splash” sold for 10 million yuan ($1.5 million) in 2011, and a 2010 TODAY Show segment said one named “Yangtze River Number Two” sold for $600,000 and was escorted home by a fleet of Mercedes sedans. 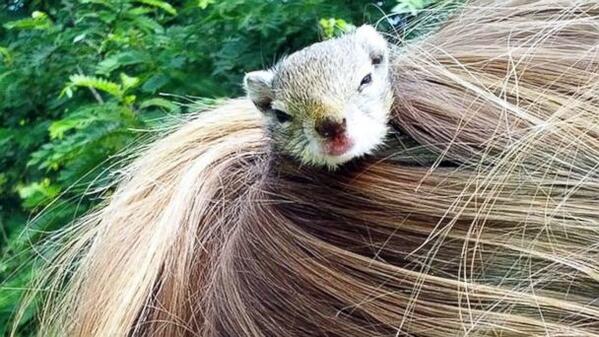 Squirrel Lives in Ponytail
Next Up: Editor's Pick