Hey, Did I See You Petting Another Dog?

Who were you seeing last night? And do NOT lie to me.
Stefanie Timmermann—Vetta/Getty Images
By Michael D. Lemonick

If the science of animal behavior had an official curse word, it would be “anthropomorphism.” That’s just a fancy term for the sin of assigning human qualities to animals. Your dog might look happy and your cat might seem disdainful, but since you most likely think of your pet as a little person already, your judgements are automatically suspect. You see what you want to see, and that is the opposite of scientific.

But that doesn’t necessarily mean you’re always wrong. It turns out that one rigorous scientific experiment after another has shown that some animals do have mental states that are surprisingly similar to ours. They exhibit altruism, empathy, and a sense of justice, for example. They can plan and execute deliberate deception. They may experience true grief as well.

And now, says a new report in the journal PLOS ONE, we can add jealousy to the mix too. That’s a surprising conclusion for one very big reason. Lead author Christine Harris, of the University of California, San Diego, is a psychologist who usually studies human behavior, and among humans, the conventional wisdom has been that jealousy requires a sense of self-esteem that can be damaged. That’s something animals are unlikely to have.

But it’s also possible, Harris suspected, that all jealousy, human and otherwise, is a more fundamental emotion like fear or lust. If so, it’s presumably a product of evolution, and should exist in some form in species other than our own.

She and her co-author, Caroline Prouvost, set out to test that proposition, and they had some existing data to build on. Several studies, they note, have suggested that infants as young as six months old show evidence of jealousy even though they presumably haven’t developed a sense of self-esteem. In those studies, the babies got upset when their mothers fussed over a realistic-looking doll, but not when the moms ignored them to read a book.

What’s true in barely-developed humans, they suspected, might also be true in highly social animals like dogs—so they replicated the human experiments with canines. They had 36 owners play affectionately with realistic-looking toy dogs while ignoring their own pets. They also had the owners play with Jack-o-Lantern shaped plastic pails, and, finally, had the owners ignore the dogs while reading books.

Sure enough, 78% of the dogs went into a sort of canine snit when their owners played with faux fido: they pushed and tried to squeeze in between owner and interloper, and in some cases even snapped at the phony dog. When the owners played with the pails, by contrast, jealous reactions were triggered in only 42% of the dogs (no word, by the way, on whether the animals thought their owners had lost their minds). And when the owners chose a book over their beloved pets, only 22% of the dogs got upset.

“It’s clearly not just the loss of attention that triggered aggressive behavior,” says Harris. “It’s that the owners were paying attention to another doglike object.”

The finding has impressed some of the most notable figures in the animal behavior field. “This is a landmark study,” wrote Marc Bekoff—professor emeritus of ecology and evolutionary biology at the University of Colorado, Boulder, and the author of the new book Why Dogs Hump and Bees Get Depressed—in an e-mail to Time. “It’s not a matter of if emotions have evolved in animals, but why they evolved as they have.” That question will take a lot more study in multiple species—and Harris plans to do just that. “Horse owners claim their horses display jealousy,” she says, “and the question is open for cats as well.”

What’s more, jealousy is just the beginning of the possible range of emotions animals may experience. “This study reminded me of claims, absent data, that dogs cannot feel guilt or shame,” says Bekoff. “But there’s no reason why they cannot.”

Animal behavior’s official curse word, it turns out, may be on the way out. The more scientists look, the more “anthopomorphism” seems not to be a self-delusional fallacy, but a useful guide to understanding what’s really going on in your pet’s mind. 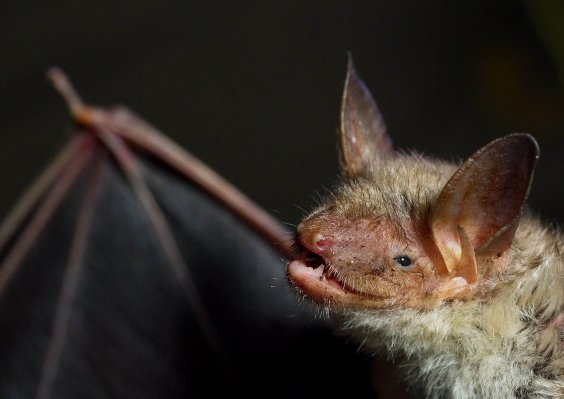 Bats Not So Blind After All, Study Suggests
Next Up: Editor's Pick