Israeli rescue and military personnel at the wreckage of a home in the town of Yehud, outside Tel Aviv, and near the Ben Gurion Airport, that was hit by a missile fired by Palestinian militants from inside the Gaza Strip, July 22, 2014.
Gideon Markowicz—EPA
By Nash Jenkins

Former New York City Mayor Michael Bloomberg has flown to the Israeli city of Tel Aviv, CBS reports, thumbing his nose at the safety concerns that grounded most Israel-bound flights from the U.S. earlier in the day.

Bloomberg said he was not trying “to prove anything,” but wanted to show that Israel was “safe, and a great place to visit.” The trip is also a gesture of support for the Jewish state during its current offensive against Hamas militants in the Gaza Strip. Speaking before boarding a flight at New York City’s JFK airport, Bloomberg said, “Israel has a right to defend its people, and they’re doing exactly what they should be doing.”

Earlier Tuesday, a Palestinian rocket landed just a mile from Ben Gurion Airport, situated 20 km (12 miles) from Tel Aviv’s city center, prompting the Federal Aviation Administration to place a 24-hour moratorium on flights by U.S. carriers to and from Israel. By that point, however, it was a mere formality: Delta Airlines United Airlines, and U.S. Airways, which collectively operate four flights from JFK and Newark Liberty International Airport each day, had already suspended their trips for the foreseeable future. Shortly before it was to touch down in Tel Aviv, a Delta flight from JFK carrying nearly 400 Israel-bound immigrants diverted to Paris, where it landed Tuesday evening.

The avowedly pro-Israel Bloomberg will fly El Al, the country’s flagship carrier, which also operates four routes to and from the U.S. and has no plans to cancel these trips. The carrier has not commented on either the supposed safety risks or the U.S. response to them, but considering its close relationship with the Israeli government — it was state-owned until 2003, and owes much of its success to some subtle protectionism — one assumes it would echo the sentiments emphatically stressed on Tuesday by the administration of Israeli Prime Minister Benjamin Netanyahu: flying to Israel is safe; not flying to Israel is to concede victory to the enemy.

U.S. Secretary of State John Kerry spoke with Netanyahu on Tuesday evening regarding the intensifying turmoil in Gaza; Netanyahu, the U.S. State Department said, raised the issue of the flight ban, which the FAA will re-evaluate on Wednesday afternoon.

“The FAA’s notice was issued to protect American citizens and American carriers,” State Department spokesperson Jen Psaki said. “The only consideration in issuing the notice was the safety and security of our citizens.”

In a statement released by his office earlier in the day, Bloomberg called upon the FAA to lift its ban, describing Ben Gurion Airport as “the best protected … in the world” — a sentiment he’s not the first to share. Still, for many, the proven efficacy of Israel’s intricate missile protection system may not be enough to mitigate the still-raw memories of Malaysia Airlines Flight 17, whose nearly 300 passengers and crew members died after a surface-to-air rocket, likely fired by pro-Moscow separatists in the Ukraine, struck the aircraft last week. 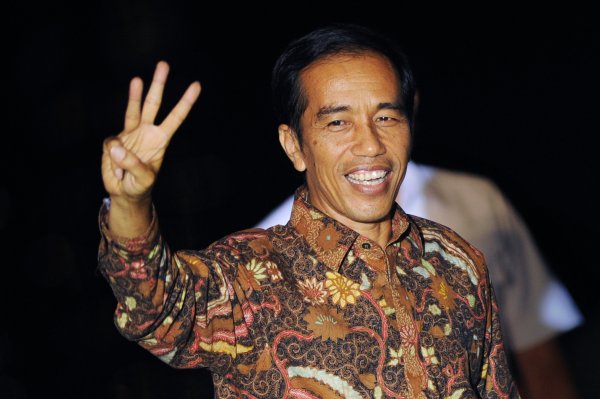