In a sign of the information war taking place alongside the ongoing conflict between Israel and Hamas, the biographical information on Israeli Prime Minister Benjamin Netanyahu’s Wikipedia page was briefly replaced with a large image of a Palestinian flag Tuesday afternoon.

Some observers noted on social media that the flag was on Netanyahu’s page for nearly an hour before getting switched back.

Wikipedia works through consensus editing — Nearly anyone can make a change to a Wikipedia page, but records of each change are kept and pages can be quickly re-edited or reverted to an earlier version if enough Wikipedia editors or users see fit to do so.

The latest wave of violence between Israel and Hamas in the Gaza Strip began about three weeks ago. Netanyahu ordered the Israeli military to invade Gaza late last week, and the death toll on both sides of the conflict has been increasing. 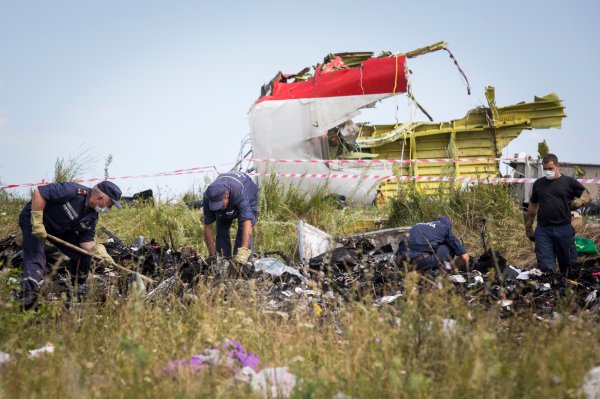 MH17 Jet Wreckage Hacked Into With Saws, Experts Say
Next Up: Editor's Pick