Here's What Drunk History Taught Me About Feminism

Everyone knows Paul Revere rode 20 miles in the middle of the night to warn the patriots that the British were coming. But did you know a 16-year-old girl named Sybil Ludington did the same thing in April 1777, except she also traveled 40 miles, gathered a militia of 400 people together and fended off a potential robber with a stick all while riding in the rain? You’d think I learned about Ludington’s epic ride from watching the History Channel, but I picked up that factoid from a unlikely source: Comedy Central’s Drunk History.

Watching the web-series-turned-cable-show has — unexpectedly — taught me more about feminism in the United States than any college or high school American history course. For the uninitiated, here’s the premise: comedian friends of creator Derek Waters knock back a few drinks and then tell the story — usually not the most faithful retelling — of a historical figure or event, pausing to burp, swear or pass out as needed. As they narrate, famous funny people ranging from Kristen Wiig to Will Ferrell act out the story to hilarious ends.

I had a feeling I’d enjoy the show, just based on the people involved — the show regularly features funny and accomplished women like Jenny Slate, Aubrey Plaza and Casey Wilson. But I didn’t expect Drunk History to teach me anything new. And I certainly didn’t expect it to be so female focused. And yet almost every week, the show has introduced me to an American heroine I never even knew existed. There’s Mary Dryer, who was hanged by the Puritans for preaching religious tolerance; Mary Ellen Pleasant, who disguised her identity as a former slave by pretending to be white and opening several successful businesses to fund abolitionist causes; and Claudette Colvin, who was actually the first African-American woman to refuse to give up her seat at the front of the bus in 1955. (Because Colvin was young and pregnant, the NAACP asked Rosa Parks to repeat the act and become the face of the movement.)

I shouldn’t have been so shocked, because Comedy Central has been making a concerted effort to create a gender balance in its lineup with hit shows like Inside Amy Schumer and Broad City. But the show went above and beyond on Tuesday, when it wrapped its second season by highlighting the stories of three First Ladies — Dolly Madison, Francis Cleveland and Edith Wilson — a group of women whose actions are usually overshadowed by those of their husbands. High school teachers should add these videos to their Women’s History Month curricula: they’re way more entertaining than that the same lectures about Amelia Earhart. 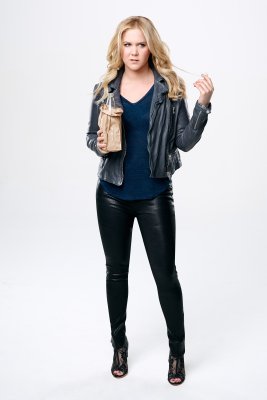 How Amy Schumer Gets Guys To Think Feminists Are Funny
Next Up: Editor's Pick