How to Build a Better Game Boy with Raspberry Pi

You know how we like to remember things, as Bill Pullman’s character says in David Lynch’s Lost Highway, in our own way? When I think about Nintendo’s original Game Boy, released over two decades ago, it’s of a tiny handheld with sharp graphics and a screen like a pocket-sized poster.

Except looking at pictures of it now, the Game Boy resembles more the brick it probably was, and that eensy-teensy screen is a postage stamp dipped in pea soup. How did we ever game on that thing?

What if you could build a better Game Boy, or at least one with a better, bigger screen and a vastly more flexible backend?

Right, Nintendo already checked the bigger, better screen box with its Light and Color and Advance models. But I’m talking about a Game Boy that still looks like the original XL-sized model, with the same cerise-colored face buttons and off-white ABS plastic housing, only under the hood it’s a Raspberry Pi.

In the spirit of mods that require soldering irons and hot glue guns and bucket-loads of patience, meet the “Super Mega Ultra Pi Boy 64,” a Game Boy shell with a Raspberry Pi soul.

Raspberry Pi, in case you don’t know, is a computer on a single circuit board. It’s tiny (about the size of a credit card), relatively powerful (on par with an older Android phone or iPhone) and extremely cheap (in the $20 to $30 range). It runs a medley of operating systems, including Linux, RISC OS and Windows CE, and was designed for educational as well as enthusiast purposes, the idea being that kids (or anyone, really) could tinker with it to make who knows what.

Fair warning: the process whereby modder Microbyter put together his “Super Pi Boy” looks arduous, but what the heck — it’s a great read. This fellow picked up a damaged Game Boy for $5, dremeled out the battery compartment, converted a 3.5-inch LCD from 12v to 5v (to make it work with the battery), soldered in the original Game Boy controller PCB, rejiggered the audio to work with an amplifier, loaded an emulator called Retropie, then dropped in the Pi board itself and wired everything together.

And it works, which is some kind of miracle, and has me wishing I had one so I could play through this twitchy grayscale gem all over again. 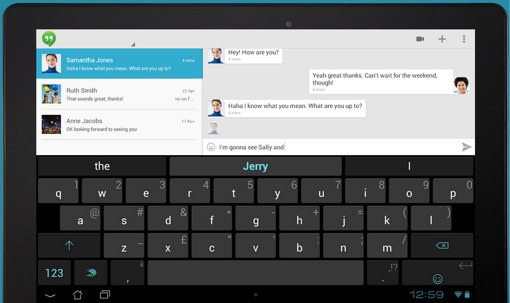 10 Free Android Apps Everyone Should Download
Next Up: Editor's Pick