Hello, Simpsons World. Goodbye, the Rest of Your Life

Years ago, when I named The Simpsons the best TV show of the 20th century for TIME magazine, one of the reasons that I gave was its depth; it had a vast canvas and dozens, nay hundreds, of characters well-drawn enough to potentially carry a story. It “created worlds within worlds,” I wrote — and this October, it’s going to become a world.

Simpsons World, to be exact: the digital platform, unveiled for TV reporters in Los Angeles yesterday, that FXX network will use to take maximum advantage of acquiring the entire 25-season run of The Simpsons. Accessible on the web and through apps (you also need service from a participating cable provider), it will allow you to watch any Simpsons episode you want, any time.

So there are several years of your life gone right there. But there’s more. You’ll be able to search for episodes by themes, quotes, and characters: if you want to watch nothing but Artie Ziff clips, your dream has come true. You can pull up an extensive episode guide and scripts. You can build playlists or have them suggested for you. And most important: you’ll be able to find, snip and share Simpsons clips–currently made scarce by the long arm of copyright law–in social media.

You may never do anything else again.

The ability to watch all 552 episodes is staggering in itself. (FXX will also marathon the whole shebang Aug. 21 to Sept. 1.) But it’s the search-and-share functions that threaten to transform communication as we know it. I’ve long said that there is a Simpsons quote applicable to nearly every situation in life; now we will be able to prove that. Online comments arguments will become an endless stream of “HA ha” and “Eat my shorts” clips. No one will be able to publish a beer review or write about a celebrity-drunkenness incident without a clip of Homer saying, “To alcohol! The cause of — and solution to— all of life’s problems!” We may be on the verge of a Simpsons Singularity, in which all digital dialogue, and eventually all of human thought, will be expressed in terms of easily accessible Simpsons quotes. (Here, for instance, is where I would insert a clip of Homer saying, “Television: Teacher — mother — secret lover!” if only I could.)

More seriously, the venture suggests a new kind of future for TV, or at least for certain kinds of entertainments and franchises: one in which truly immersive TV is not just a show but an app, a platform, a medium. TV shows used to be on channels; now something like The Simpsons can be a channel. Earlier this month, South Park — long maintained with as much independence as possible by Trey Parker and Matt Stone — signed a different but related deal with Hulu, which gets rights to its entire catalog of reruns for over $80 million.

It’s not Simpsons World exactly — though South Park has long had an online home at South Park Studios — but it underscores a similar creative and business fact: a creative franchise evolving into something independent from, and in some ways greater than, any particular channel that happens to host it at the time.

Probably certain kinds of shows are more suited to world-ificiation than others: animated comedies like The Simpsons and South Park have vast room for invention, and large-scale world-building is part of their mission. But someday the same kind of strategy might be used by, say, a sci-fi or fantasy franchise or an immersive soap opera.

It’s partly a business phenomenon, in which digital opportunities allow already big franchises to become even bigger. But hopefully, there are creative implications here. What makes a Simpsons or South Park — or a Game of Thrones — great is its ability to create a vast imagined reality. If there are more ways to encourage that and reward the artists who create it, so much the better. The Simpsons, as producer Al Jean pointed out at yesterday’s presentation, predates social media (and it debuted on Fox the same year Tim Berners-Lee proposed the World Wide Web), but it was creating a virtual world even then. Now that world is inviting our world in.

I still say The Simpsons was the greatest TV show of the 20th century. It would be something if it helped redefine what TV shows are going to be in the 21st century. 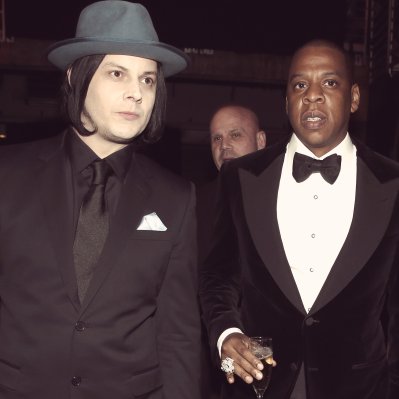 Listen to Jack White's Cover of Jay Z's '99 Problems'
Next Up: Editor's Pick