How the World Sees America Now

Russians’ disapproval for the United States has hit new lows, according to the latest figures released by the Pew Research Center’s Global Attitudes Project. In 2013, 51 percent of Russians said they had a favorable view of the United States–the fourth straight year that a majority of those polled gave the U.S. a thumbs up. This year, with discord rising between American and Russian leaders, Russian approval of the U.S. plummeted 28 percentage points.

The following interactive allows you to compare any two different years back to 2002 to see how global opinion has changed. Not every country was polled every year. 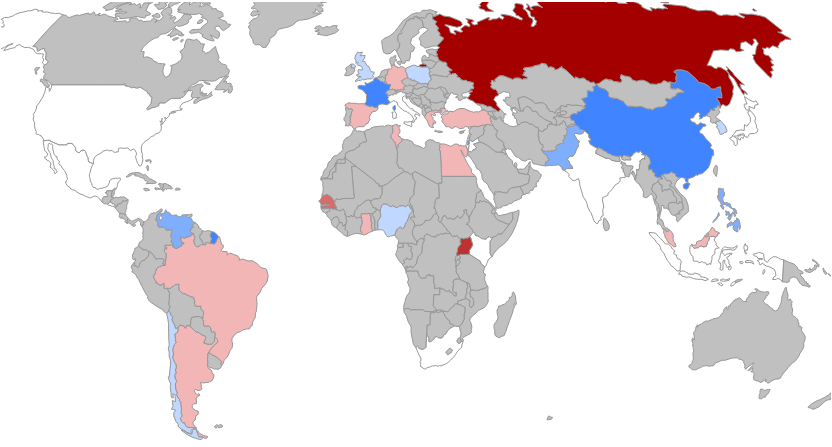 Note: Clicking on the green hyperlinks updates the interactive map in the article.

Following Barack Obama’s election in 2008, many countries saw spikes in favorability toward the United States in 2009, and in many cases those bumps in approval have since waned. Germany greeted the new White House administration with a 33 point bump in approval, for example, but has since dropped 13 points to a 51 percent favorability rating. France and China, meanwhile, has bucked the trend, with growing support for the U.S. since last year.

Ukrainian Pilots Missing After 2 Jets Shot Down in East
Next Up: Editor's Pick