On Tuesday, European Union (E.U.) foreign ministers will meet to discuss increasing sanctions against Russia following the downing of flight MH17. The U.S. has blamed the incident on separatist rebels who, it claims, shot the plane down using weapons supplied to them by Moscow.

The meeting will be the bloc’s first opportunity to discuss the tragedy which took the lives of 298 people, the majority of whom were from countries within the E.U.

In March, the E.U. and the U.S. imposed sanctions against Russia for Moscow’s involvement in the Ukrainian conflict. These were tightened July 16, the day before flight MH17 was shot down.

The E.U. has enforced “tier two” sanctions which affect individuals by freezing their assets and banning them from traveling. So far, 72 Russian politicians and aides of Putin have been affected. However, with the U.S. having imposed sanctions against Russia’s biggest companies, including state oil company Rosneft, there is pressure on the E.U. to match these “tier three” sanctions that go beyond individuals. But, despite U.K. Prime Minister David Cameron calling for tier three sanctions on Monday, analysts remain skeptical.

“I think that it’s highly unlikely at this stage that the E.U. is planning anything further than individual sanctions,” says William E. Pomeranz, Deputy Director at the Kennan Institute for Advanced Russian Studies. “The EU has a much more substantial trade relationship with Russia than the U.S. does, it has a heavy reliance on Russian gas.”

Jonathan Eyal, International Director at the Royal United Services Institute, echoes his sentiment. Eyal told TIME: “The Russia of today is not the Soviet Union of the Cold War. It is very deeply integrated into the economies of Europe particularly in terms of energy resources.”

Despite Cameron’s bluster, he will be painfully aware of this. In March of last year, British oil and gas giant BP bought shares worth close to 20% in Rosneft, the state-backed Russian oil and gas giant.

Eyal refers to a “disgraceful competition” within the E.U. that’s preventing a firm response towards Russia. According to Eyal, Britain is worried about the effect sanctions will have on London’s financial district. France fears damaging its impending sale of two warships to the Russian navy, whilst in Germany, there are concerns about jobs linked to Berlin’s trade with Russia. “This leads to the lowest common denominator being sought in sanctions,” Eyal notes.

Economic interdependence isn’t the only reason for Europe’s weak sanctions. “The legacy of the financial crisis has left some European countries feeling vulnerable,” comments Jeffrey Mankoff, deputy director at the Center for Strategic and International Studies’ Russia and Eurasia program. “They have less appetite to do something that will lead to economic disruption.”

Even for European countries that have pulled through the 2008 financial disaster, Russia’s immediate presence can be a significant deterrent. “Geography always plays an important role in international relations,” states Pomeranz. “Obviously the E.U. has to be mindful of its neighbors.”

Meanwhile, Washington also seems unwilling to push Moscow too far. And if Washington isn’t prepared to lead, it’s unlikely Europe will follow. “Europe has always been a free rider on the back of the U.S.,” says Eyal.

Were the U.S. to challenge Russia more directly, there is no guarantee, however, that Europe would follow suit. Constrained by trade relations, geography and shaky economies, Europe is both unwilling and unable to risk poking the Russian bear. 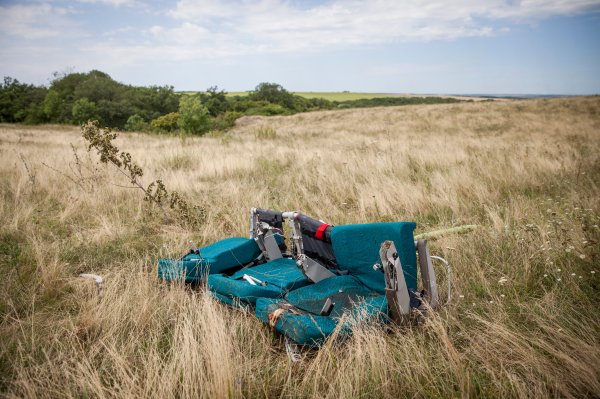 After MH17, Challenges Ahead for the International Community in Ukraine
Next Up: Editor's Pick