Former Republican presidential candidate Ron Paul claimed Sunday that the U.S. and European Union may share responsibility for the downing of a Malaysia Airlines plane over Ukraine last week.

“While western media outlets rush to repeat government propaganda on the event, there are a few things they will not report,” Paul, a former Republican congressman from Texas, wrote on his website. “They will not report that the crisis in Ukraine started late last year, when the EU and U.S. overthrew the elected Ukrainian president, Viktor Yanukovych. Without U.S.-sponsored ‘regime change,’ it is unlikely that hundreds would have been killed in the unrest that followed. Nor would the Malaysian Airlines crash have happened.”

Paul is the father of Kentucky Senator Rand Paul, who is ahead in polls of likely candidates running for the GOP nomination for president in 2016. The younger Paul has come under attack in recent weeks from Republicans such as former Vice President Dick Cheney and Texas Gov. Rick Perry, a potential rival, for being too isolationist on his foreign policy.

Ron Paul, who ran for president in 2008 and 2012, and his son Rand both hail from the libertarian wing of the Republican Party, which advocates less intervention abroad, though Rand Paul has in recent months tried to distance his himself from his father. Rand Paul’s office did not immediately respond to a request for comment on his father’s editorial.

In the post Sunday, Ron Paul goes on to write that Ukraine separatists would have everything to lose if they shot down the plane, and nothing to gain, suggesting Ukrainian culpability. “They will not report that the Ukrainian government has much to gain by pinning the attack on Russia, and that the Ukrainian prime minister has already expressed his pleasure that Russia is being blamed for the attack,” Paul said. “They will not report that the missile that apparently shot down the plane was from a sophisticated surface-to-air missile system that requires a good deal of training that the separatists do not have.”

President Obama suggested Friday that blame for the crash lay with Russian-backed separatists, and Ukraine has released audio-recordings allegedly documenting conversations about the missile strike among separatists. “Evidence indicates that the plane was shot down by a surface-to-air missile that was launched from an area that is controlled by Russian-backed separatists inside of Ukraine,” he said.

Ron Paul compared the incident to Syrian President Bashar Assad’s use of chemical weapons against his own people last summer. “Assad was also gaining the upper hand in his struggle with U.S.-backed rebels and the U.S. claimed that the attack came from Syrian government positions,” Paul said. “Then, US claims led us to the brink of another war in the Middle East.”

At the end of the post, Ron Paul says it is entirely possible that Russia is responsible for the crash, just as the Obama administration has suggested. “Of course it is entirely possible that the Obama administration and the US media has it right this time, and Russia or the separatists in eastern Ukraine either purposely or inadvertently shot down this aircraft,” he writes. “The real point is, it’s very difficult to get accurate information so everybody engages in propaganda.” 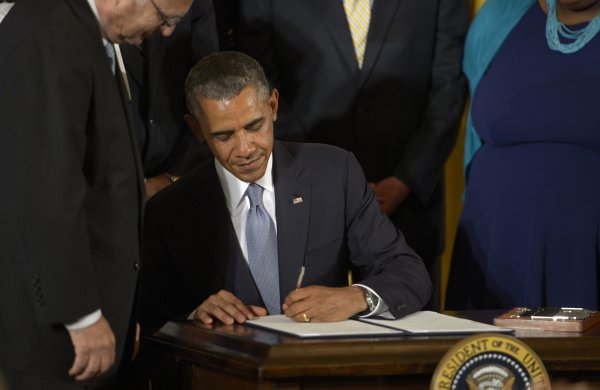