There are lots of places to go if you want dangerous crazytalk. There are websites, blog threads, cable channels trafficking in all kinds of addled nonsense about birther conspiracies and one-world governments. And then there was Robert Kennedy, Jr., the tireless, honest climate hero long famous for fighting the very good fight.

But that was then. RFK, Jr. may still know a thing or two about global warming, but he has taken a disreputable plunge into the world of anti-science with his new and inexplicable crusade: warning people about the dangers of vaccines.

Let’s be clear: Kennedy will tell you he’s not against vaccines themselves, but rather, against thimerosal, a vaccine preservative purportedly responsible for the rise in autism in the U.S. He’s even publishing a new book—Thimerosal: Let the Science Speak—making this frightening point. The problem is: he’s wrong—utterly wrong, so wrong it’s hard even to know what the biggest piece of that wrongness is.

But let’s start with a single fact that ought to be, as the lawyers like to say, dispositive: the thimerosal ain’t there. With the exception of the flu vaccine, it was removed from or reduced to trace levels in all vaccines given to children under 6-years-old 13 years ago. You face a greater mercury risk eating seafood and fish—and even that danger is low enough that the EPA recently recommended that pregnant and nursing women increase their intake of certain kinds of fish because the nutritional benefits outweigh the theoretical dangers.

Kennedy is wrong on basic epidemiology too. Autism diagnoses have indeed risen steadily in the U.S. in recent years, but that has been happening in the same period in which thimerosal levels in vaccines plunged. When your cause goes away and your reputed effect increases, well, you really do need to review your class notes on what cause and effect mean in the first place.

Most fundamentally, Kennedy does not get chemistry. Thimerosal is an ethylmercury product. Mercury in general may be a neurotoxin, but it’s in its methylmercury form that it does its damage—and only in particular concentrations. The quantity of ethylmercury that was once in vaccines was so small that it was actually within acceptable limits for the more toxic, methyl form—but it wasn’t even in that methyl form to begin with.

Kennedy, more than most anti-vaxxers, really ought to know better. In his long career as a climate crusader he has had to answer the febrile claims from the denialists that the whole threat of global warming is a conspiracy cooked up by “grant-grubbing scientists” and liberal politicians looking to expand the role of government. Yet when it comes to vaccines, he clangs the same loony-tune bells.

As long ago as 2005, he published an anti-vax article in Rolling Stone claiming to reveal how “government health agencies colluded with Big Pharma to hide the risks of thimerosal from the public.” And Keith Kloor, the author of a new Washington Post Magazine profile of Kennedy, reports that last year, in response to a story he wrote on the Discover magazine website labeling this kind of thinking as the nonsense that it is, Kennedy called him up and said bluntly, “I’m trying to figure out whether you are a shill for Big Pharma.”

The worst—and the least explicable—thing about Kennedy and his new cause is the company he keeps. His book is being put out by Skyhorse Publishing—an outfit that also includes the disgraced Andrew Wakefield in its stable of authors. Wakefield is the U.K. investigator whose fraudulent 1998 paper purporting to link autism to the measles-mumps-rubella vaccine set off the entire anti-vaccine wildfire. In 2010, The Lancet formally withdrew the 1998 paper and Wakefield has since been banned from practicing medicine in the U.K. And as for the company Wakefield himself keeps? The foreword to his book was written by Jenny McCarthy.

Kennedy may deeply believe the rubbish he’s peddling—but science doesn’t care about your sincerity; it cares about the facts. That doesn’t mean he’s not in a position to do real harm. Like McCarthy, he has a big soapbox and a loud bullhorn, and every parent he frightens into skipping vaccinations means one more child who is in danger.

In the Washington Post profile, Kennedy complains about the trouble he’s having getting his anti-vaccine message across. “I’m completely f***ing alone on this,” he gripes. Well, good. He deserves to be alone, and if fewer people than he hoped are listening to him, that’s a positive sign. 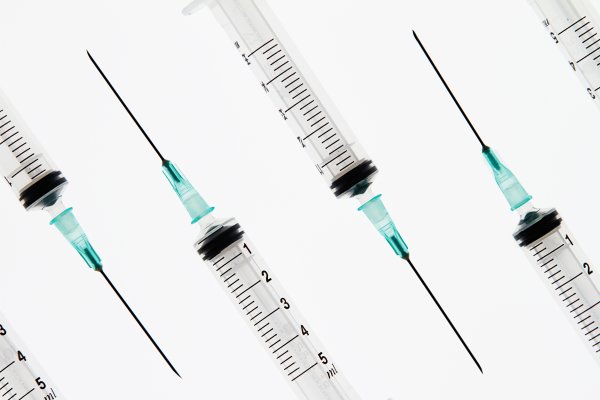