Speaking from the South Lawn of the White House Monday morning, Obama called the separatists’ actions “an insult to those who have lost loved ones” in Thursday’s shooting down of the plane.

Noting that U.S. and international investigators stand at the ready to examine the crash site and assist in recovering the remains of the 298 killed, Obama said they’ve been chased away from the area by separatists firing weapons into the air. “The separatists are removing evidence from the crash site. All of which begs the question: What exactly are they trying to hide?” Obama said.

“Our immediate focus is on recovering those who were lost, investigating exactly what happened, and putting forward the facts,” Obama said. “We have to make sure that the truth is out.”

American officials believe that Russia-trained Ukrainian separatists shot down the plane Thursday with a SA-11 surface-to-air missile. Obama said the “burden is on Russia” to force the separatists to provide access to the site.

“Russia, and President Putin in particular, has a direct responsibility to compel them to cooperate with the investigation,” Obama said. “That’s the least they can do.”

Obama said his preference is to find a diplomatic solution to the months-long Ukraine crisis, but said the United States and the international community will continue to escalate “costs” on Russia if it does not reign in the separatists. On Friday, Obama ruled out an American military response to the incident.

Obama also addressed the ongoing war in Gaza, saying he has directed Secretary of State John Kerry to push for an “immediate cessation of hostilities” based off the 2012 cease-fire between Israel and Hamas.

“As I’ve said many times, Israel has a right to defend itself against rocket and tunnel attacks from Hamas,” Obama said. “I’ve also said, however, that we have serious concerns about the rising number of Palestinian civilian deaths and the loss of Israeli lives.”

Obama acknowledged that Kerry, who departed for Cairo early Monday to work on a cease-fire plan, has a tough job ahead of him. “The work will not be easy,” he said. “Obviously, there are enormous passions involved in this and some very difficult strategic issues involved. Nevertheless, I’ve asked John to do everything he can to help facilitate a cessation of hostilities. We don’t want to see anymore civilians getting killed.” 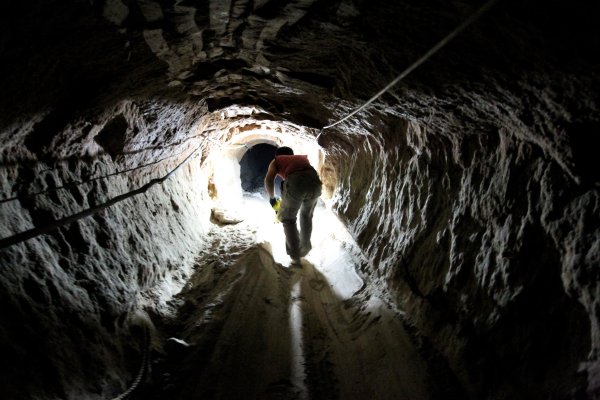 Watch: This Is How Israel Blows Up Tunnels in Gaza
Next Up: Editor's Pick