Watch: This Is How Israel Blows Up Tunnels in Gaza

In the video above, posted on the official YouTube page of the Israel Defense Forces (IDF), soldiers are shown inserting a charge into a tunnel said to be in Gaza, then detonating it.

According to the IDF, soldiers from the Paratroopers Brigade found the tunnel in a residential area of Gaza.

Since the beginning of the conflict, the Israeli armed forces uncovered 34 shafts leading into about a dozen underground tunnels, some as deep as 30 meters, that the military said could be used to carry out attacks, according to the AP.

Last week, Israel began a ground invasion of the Palestinian territory with the goal of destroying tunnels linking Egypt and Gaza and thus striking a “significant blow to Hamas’ terror infrastructure,” according to a statement by Israeli Prime Minister Benjamin Netanyahu. Over 500 Palestinians and 20 Israelis have died in the recent fighting. 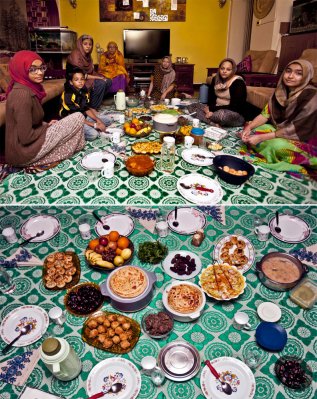 How Families Around the World Break the Ramadan Fast
Next Up: Editor's Pick