In the latest case of Iranian authorities cracking down on fashion they deem “un-Islamic,” a famous clothing design institute called “Khaneh Mode” or Mode House was shut down last week in Tehran. The fashion designer had caused a controversy last month when it held a show with models wearing coats which appeared to be made of the Iranian flag—minus its religious symbols. Nor did it help that the show had allowed men among its audience, which violates conservative Islamic taboos.

This was followed by intense reaction from conservative politicians and religious groups, who cited the show as yet another violation of Islamic mores and traditions, which in turn forced the government to react. “This fashion show did not match the regulations of the Fashion and Clothes Management Workgroup and therefore we have taken legal action,” said Hamid Ghobadi, the workgroup’s secretary according to the official ISNA news agency. “The Khaneh Mode institute has been shut down until further notice.”

The workgroup, which was created by an enactment of parliament, is tasked with organizing Iran’s emerging fashion industry and making it compatible with Islamic standards. It is headed by a deputy minister of Iran’s Ministry of Culture and Islamic Guidance and its members are mostly government officials, with a handful of representatives from the fashion industry. Pictures of the show first emerged on Iranian websites in late June and showed men among the audience—until recently was unheard of in the Islamic Republic. The young female models, who wore white leggings, sported loose coats in the green, white and red tricolor of the Iranian national flag.

Iran’s fledgling fashion industry has begun to evolve in recent years, with shows on the rise. Most of these shows have permissions from the authorities but also underground shows are on the rise which depict more risqué dresses and even lingerie. However, until recently all shows for female clothes were held behind closed doors with no men allowed inside. The audience was also not permitted to take pictures or film.

Following the furor of religious and conservative groups the designers, Khaneh Mode immediately tried to do damage control with a statement on their website apologizing for having inadvertently offended anyone and reaffirming their commitment to “National and Islamic values.” Nonetheless, the authorities acted a few days later and shut them down.

Javid Shirazi, the director of the fashion house, told TIME in Tehran that that “we are completely committed to working within Iran’s native and Islamic framework and we tried to observe these in our show. Inviting men to view shows is permitted since last year so long as the clothes completely cover the body of models and models do not catwalk but walk in a normal and modest manner.”

The shutting down of the fashion house is just the latest instance of an endless tug of war between authorities and women in Iran, one that has been fought since an Islamic dress code was enforced in the aftermath of the 1979 revolution. This clash comes to the forefront every summer, when the latest female attire trends pick up with a tendency towards shorter and skimpier coats and ever tighter legwear, which has been epitomized this year in leggings.

The authorities react every year by escalating their “Morality Patrols.” The outcome is a cat and mouse game between more fashionably dressed women and the authorities. The results can be bizarre—women sporting trendy attire will sometimes take taxis from one side to the other side of squares and junctions just to bypass the morality police.

But over time the will of Iranian women has slowly but surely prevailed, with acceptable dress these days now far beyond the harsh codes of the first years of the revolution, when practically no makeup was tolerated and anything less than a chador—a loose robe that covers the body from head to toe—was frowned upon. And with the election of the more moderate Hassan Rouhani as president last year, many hope that the authorities will relax their strict stance on what women can wear in public.

Officially there has been no relaxation, in fact the authorities have tried everything they could think of to counter it. But in practice it’s a losing battle.

“Since last year there’s been a transformation in the framework of the permits we can get and what we can do,” said Shirazi, who sounded upbeat in spite of the closing of his business. “With the great potential this country has and the great desire young Iranians have, there is a bright future for the fashion industry in Iran, and this [the shutting down of Khaneh Mode] is just necessary experience we need to gain to go ahead.” 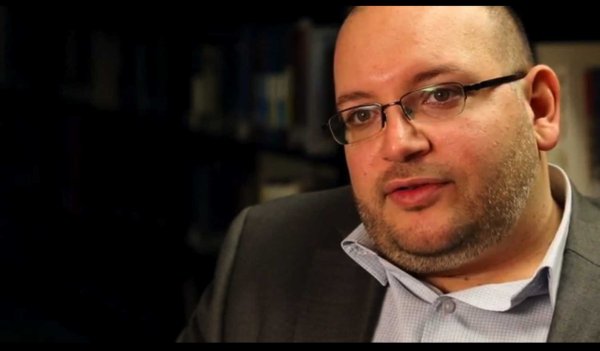 Post Correspondent Reportedly Detained in Tehran
Next Up: Editor's Pick