The dawn of the minivan began in those halcyon days when vans were just that: large, unwieldy, and neither fashionable nor practical. They didn’t have the restrained elegance, beauty, or allure of, say, station wagons. Now over the last few decades, minivans have arguably become symbols of stability and family values – plus, the kids love the space for activities!

So if you’re in the market for a new minivan—and if the people you tote around in your backseat are usually unruly—Toyota has just announced a compelling feature for their newest iteration of the venerable Sienna. They call it Driver Easy Speak, and it’s a system intended to amplify the driver’s voice in the backseat via the vehicle’s own audio system “so parents don’t have to shout to passengers in the back,” according to Toyota, the Associated Press reports.

The feature will only appear in vans with Toyota’s premium audio option at the moment. For some parents, however, that might be a small price to pay to get their kids to buckle up and get to soccer practice on time. Plus, think of how much fun those kids will have with the system when they’re teens who let their friends bum rides! That in itself may be priceless. 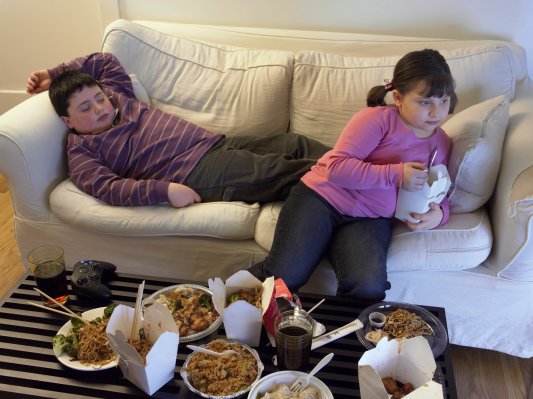 How Overparenting Makes Kids Overweight
Next Up: Editor's Pick