In the late 19th to early 20th century there emerged an influential intellectual Christian movement that preached, what became known as, the “Social Gospel.” In summary, the movement sought to apply Christian ethics, taken from the Gospel, to social problems such as poverty and war. It was and remains a progressive movement essentially rooted in the Gospel’s radical social justice message.

Interestingly, around the same period, there also emerged movements within Islam that sought to do something very similar – apply Islamic ethics, taken from the Qur’an, to the myriad of social problems Muslim societies were facing. This movement attempted to advocate and argue for human freedom from tyrannical governments, economic fairness, and so on. Unfortunately, when some of these movements went from standing up against unjust political authority to wanting to become the political authority itself, the movements were quickly and brutally suppressed and fractured – sometimes leading to the formation of radical political organizations that responded to the suppression with calls to militancy.

Today, this much maligned and far too easily discredited movement is known in the West as “Islamism” and their followers are called “Islamists.” It has become a bad word from the halls of government to the world of academia. If you want to malign or discredit a Muslim public intellectual or activist, all you have to do is call them an Islamist. Sadly, many radical proponents of the Christian Social Gospel message have met a similar end.

In the Muslim World the movement is received with much more nuance. There are, of course, the violent extremists who have the loudest bullhorn on the block because of their tactics – “what bleeds leads” as they say in journalism. Every major study has shown that these violent groups are largely rejected by the vast majority of Muslims. But, some of the most effective grassroots movements in the Muslim World today are informed and inspired, at least to some degree, by the social justice message of the Qur’an as articulated by the likes of Hassan al-Banna (d.1949) in Egypt and Abul Ala Mawdudi (d.1979) in Pakistan. The attraction is not so much in the wholesale revolutionary message, necessarily, but simply in the positive concern for addressing social injustices with something that sounds and feels authentic to the Muslim imagination – as opposed to something that sounds and feels like a Western colonialist import or plot.

While there was something certainly brewing in the waters in the late 19th – early 20th century in terms of socio-political movements rooted in the Qur’anic social justice message, these movements were largely revivalist movements that were inspired by much earlier periods in Muslim history including many Sufi Orders that were committed to serving the most marginalized in society and affecting grassroots change. Indeed, it would be hard not to read the Prophet Muhammad’s biography and the story of his mission as a radical movement for social justice. The intellectuals behind the Social Gospel would see the life and mission of Jesus in a similar way.

So, in brief, what is the Social Qur’an – if we can borrow terminology from the Social Gospel movement? It is a message that calls on believers to stand up for justice and bear witness to the truth “even if it is against yourselves, your parents, or your close relatives” (4:135) and warns believers to never allow “hatred of others to lead you away from justice” (5:8). It is a teaching that commands believers throughout the Qur’an to “be a community that calls for what is good, urges what is right, and forbids what is wrong” (3:104). It is an urging to follow a higher ethical plane that “Is to free the slave, to feed at a time of hunger an orphaned relative or a poor person in distress, and to be one of those believe and urge one another to steadfastness [in doing good] and compassion” (90:13—17). It is prescribing as a pillar of Islam the institutionalization of almsgiving for the poor and needy (9:60) and an ethic of charity that affirms and restores the dignity of socially neglected people (2:261—274). It is encouraging the “fair and kind” treatment of women (4:19—21). And, it is pushing people to defend the oppressed even if it means putting their own lives at risk (4:74—76). This is just a brief glimpse into the social justice message of the Qur’an.

The Social Qur’an is also a message that prohibits usurious loans that enslave people and entire communities to a lifetime of debt (2:275—281). It strongly condemns people “who give short measure” in their business dealings (83:1—6); exploit the orphans (4:10); “act like tyrants” (26:130); set out to “spread corruption” in the world (2:203), to give just a few examples. Social crimes such as sex slavery (24:33), female infanticide (81:8—9), and so on are spoken against in the strongest language.

So, this is a brief summary of what the Social Qur’an looks like. It is a message and teaching for the socially conscientious people to root their social justice work in a God-centric and spiritually focused way. And, it is a lesson to those who strive to be mindful of God that faith is incomplete without a radical commitment to social justice. 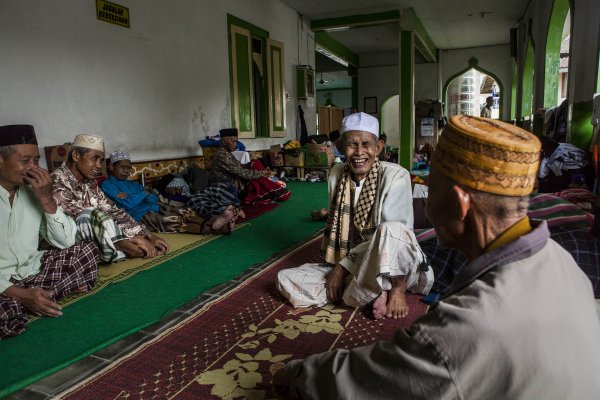