A New York City Police Department officer had his gun and badge removed after a man died in custody when the officer put what looked like a chokehold on him, police said Saturday.

Officer Daniel Pantaleo, who has worked for the NYPD for eight years, has been reassigned to desk duty following the Staten Island death of 43-year-old Eric Garner, the Associated Press reports. Another unnamed officer involved in the arrest has also been reassigned but will keep his badge and gun.

Video footage obtained by the New York Daily News shows an officer putting Garner in an apparent chokehold, a move that is prohibited by the police department and can be fatal, after he refused to be handcuffed. Garner can be heard saying “I can’t breathe” as officers bring him to the ground while trying to arrest him for allegedly selling untaxed cigarettes on the street.

Federal court records show that Pantaleo has been sued by three men in the past two years for racially-biased arrests on Staten Island. Pantaleo could not be reached for comment by the AP.

Though officials believe Garner died of a heart attack, a medical examiner’s office spokesperson said the exact cause of Garner’s death has yet to be determined. 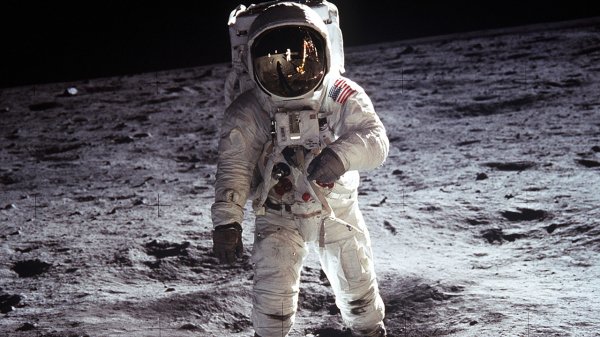 Remembering the First Moon Landing
Next Up: Editor's Pick