JERUSALEM — The death toll continues to rise as a ceasefire between Hamas and Israel becomes more and more elusive.

At least 100 Palestinians have been killed since the start of Israel ground offensive, according to Palestinian officials in Gaza.

Among the dead is a family of eight, killed by Israeli tank fire in the northern Gaza Strip last night, adding yet another tragedy to the now 11-day-old Israeli Operation Defensive Edge, which has killed more than 340 Palestinians. Most of the dead are civilians, including at least 73 children. According to the UN, more than 50,000 people in Gaza have been displaced from their homes, but there are no refugees as Gazans are unable to leave the tiny coastal territory.

“My children ask me questions about why this is happening and I don’t have any answers,” says Mahfouz Kabariti, who lives near the Gaza seafront with his wife and six children. The buzz of Israeli drones, which are now a constant backdrop to the frequent sound of explosions, can be heard through the phone. “I can see the Israeli navy ships from my window.”

As Israel’s navy fired from the sea and the air force struck Gaza from above, Israeli troops engaged with Hamas fighters on the border Saturday after eight militants tried to enter Israel from the territory through an underground tunnel.

“This illustrates that our concerns are real,” said Peter Lerner, a spokesman for the Israel Defense Forces (IDF).

Lerner says the IDF has already destroyed 5,000 of the 10,000 rockets it believes Hamas has in its arsenal. Israel now has thousands of troops inside Gaza and says it will widen its offensive, which aims to crush Hamas’ infrastructure.

“We have our hands full to complete these missions,” Lerner said.

At least two Israelis were killed Saturday after militants breached the territory’s northern border, bringing the Israeli death toll to five. The Israeli army says they have identified at least 20 tunnels on the Gaza-Israel border, and that militants planned to sneak into Israel with the aim of committing attacks.

While the Israeli army battled Hamas fighters, Palestinian President Mahmoud Abbas flew to Qatar and will meet with Hamas leader Khaled Meshaal to promote a ceasefire proposed by Egypt. After years of division, a unity deal was struck in April between Abbas’ Fatah party–which rules in the West Bank–and Hamas, but this military escalation has put a new wedge between the factions.

So far all these diplomatic efforts have been in vain. Israel claims it launched its ground offensive only after Hamas rejected several ceasefire offers. Israel’s cabinet voted to approve a ceasefire deal earlier this week, but it was turned down by Hamas.

“We rejected the Egyptian initiative because it wasn’t fair, giving the Israelis whatever they want,” said Ehab Hussein, a Hamas spokesman in Gaza. “Nobody can accept that when you are getting hit and killed, that at the same time you should stop defending yourself without getting anything.”

Hamas is looking for more than just an end to hostilities. The leadership wants to gain new conditions from any deal to end the fighting.

“It’s not strange things we are asking for. We are saying, give us our freedom. Lift the siege. Open the borders. Implement the past agreement of 2012 and the agreement of the prisoner exchange,” said Ehab al-Hussein, in reference to prisoners who were re-arrested this month after being released in the swap for Gilad Shalit in 2011.

Egypt has been trying to broker a deal between Israel and Hamas in Cairo, but some speculate that Egypt is not a neutral mediator. Egypt’s new president Abdel Fattah Al-Sisi has an ongoing campaign in his country to crush the Muslim Brotherhood, Hamas’ parent organization, and many argue his sympathies lie with Israel. However, Hussein says they have not shut down that channel.

UN secretary General Ban Ki-Moon is expected in Israel today in attempt to push for a ceasefire.

“Hopefully we will reach something,” said Hussein, “because we didn’t want this war. The Israelis started it.” 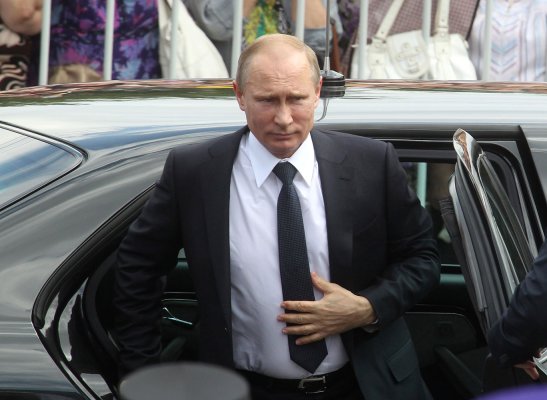