Garry Kasparov: The Price of Inaction in Ukraine

Pro-Russian separatists look at passengers' belongings at the crash site of Malaysia Airlines flight MH17, near the settlement of Grabovo in the Donetsk region, July 18, 2014.
Maxim Zmeyev—Reuters
By Garry Kasparov

There are many questions still to be answered about what happened to Malaysia Air Flight MH17 over eastern Ukraine. I will limit myself to what is known to a reasonable doubt based on the evidence and statements that have been provided by numerous officials in the 36 hours since the tragedy. Nearly 300 innocent lives were lost when Flight MH17 was shot out of the sky by a surface-to-air missile. The missile was launched from an area in eastern Ukraine controlled by Russia-supplied and Russia-supported paramilitary separatists that include at least some Russian officers and special forces. Three other planes have been shot down in the region in the last month.

Nearly 300 dead. Horribly, needlessly. We all mourn them and seek to understand how this could happen. Based on the day’s official statements and most news coverage the word blame is somehow forbidden, and I do not understand why. Establishing responsibility and exacting accountability for these murders is more important than fretting about reaching the right tone of restraint in a press release.

So who is to blame? This is not a simple question even if you know the answer. That is, of course, the person who pushed the button that launched the missile is to blame; that is the easy part. Shall we just arrest him and try him for murder? Responsibility is a greater concept than that. You have the leader who gave the order to push the button. Then the person who provided the missiles to the separatists. Then there are the officials who opened the border to allow military weaponry to cross into Ukraine and the ministers and generals in Moscow who gave those orders. Then we come to the desk where all power resides in Russia today, the desk of the man those ministers and generals obey very carefully: the desk of Russian President Vladimir Putin.

Blaming Putin for these deaths is as correct and as pointless as blaming the man who pressed the button that launched the missile. Everyone has known for months that Russia arms and supports the separatists in Ukraine. Everyone has known for years that a mouse does not squeak in the Kremlin without first getting Putin’s permission. We also know very well what Putin is, a revanchist KGB thug trying to build a poor man’s USSR to replace the loss of the original he mourns so much.

But blaming Putin for invading Ukraine — for annexing Crimea, for giving advanced surface-to-air missiles to separatists — is like blaming the proverbial scorpion for stinging the frog. It is expected. It is his nature. Instead of worrying about how to change the scorpion’s nature or, even worse, how best to appease it, we must focus on how the civilized world can contain the dangerous creature before more innocents die.

Therefore let us cast our net of responsibility where it may do some good. We turn to the leaders of the free world who did nothing to bolster the Ukrainian border even after Russia annexed Crimea and made its ambitions to destabilize eastern Ukraine very clear. It will be interesting to see if the Western leaders and business groups who have been working so hard to block stronger sanctions against Russia will now see any reason to change their policy. I expect they will at least be quieter about it until the wreckage is cleared away.

Is the West to blame? Did they push the button? No. They pretended that Ukraine was far away and would not affect them. They hoped that they could safely ignore Ukraine instead of defending the territorial integrity of a European nation under attack. They were paralyzed by fear and internal squabbles. They resisted strong sanctions on Russia because they were worried about the impact on their own economies. They protected jobs but lost lives.

Would this tragedy have happened had tough sanctions against Russia been put into effect the moment Putin moved on Crimea? Would it have happened had NATO made it clear from the start they would defend the sovereignty of Ukraine with weapons and advisers on the ground? We will never know. Taking action requires courage, and there can be high costs in achieving the goal. But as we now see, in horror, there are also high costs for inaction, and the goal has not been achieved.

The argument that the only alternative to capitulation to Putin is World War III is for the simple-minded. There were, and are, a range of responses. A horrible price has been paid, but it will not be the last if even this fails to provoke a strong reaction. Financial and travel restrictions against Putin’s cronies and their families and harsh sanctions against key Russian economic sectors may also do some damage to European economies. Until yesterday, Europe could argue about how much money their principles were worth. Today they have to argue about how much money those lives are worth.

Kasparov is the chairman of the NY-based Human Rights Foundation. 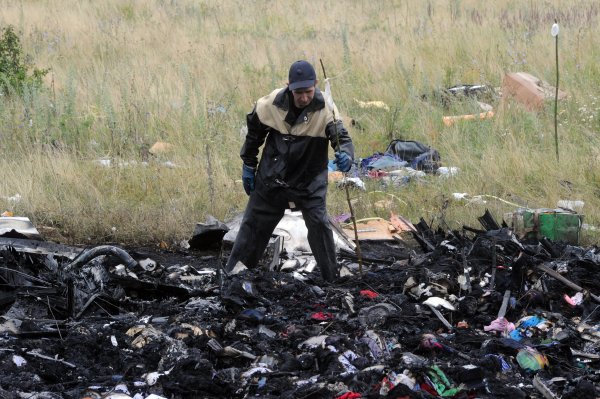