The logo of the Penguin publishing house, part of Pearson Plc, is seen on a Kindle Fire HD e-reader at a bookstore in London, U.K., on Friday, April 5, 2013.
Bloomberg/Getty Images
By Victor Luckerson

Amazon on Friday announced Kindle Unlimited, a new all-you-can read e-book service allows customers to read as many titles as they want for $9.99 per month. Kindle Unlimited has a library of over 600,000 books, including well-known titles like Harry Potter and Life of Pi. If you’re a voracious reader, the Unlimited program could be a good way to save money while feeding your reading habit. Let’s break down the math to see whether you plow through enough books regularly to justify the cost.

At $9.99 per month, Kindle Unlimited costs about $120 per year. E-books on Amazon can vary wildly in price, from $0.99 to hundreds of dollars. During 2013, e-books on the Digital Book World best-sellers’ list mostly sold for between $7 and $8 on average (the price in the most recent recorded week in 2014 was $7.52). If we say that the typical e-book best-seller costs $7.50, a customer would need to read more than 16 books per year to derive a greater value from Kindle Unlimited than buying the books individually.

This doesn’t necessarily mean avid readers should dive head-first into Kindle Unlimited. Customers lose access to Unlimited’s library of books if they end their subscription, whereas readers can typically hold on to purchased books forever. Also, books from major publishers such as Penguin Random House, HarperCollins, Simon & Schuster and Hachette so far don’t appear to be part of the service.

Think of Kindle Unlimited more like Netflix, which has a spotty selection of movies for its streaming library (especially during its early days) rather than Spotify, which typically gets new album releases the same day they go on sale in physical stores. Either way, Amazon is offering a 30-day free trial of Kindle Unlimited, so you can test your binge-reading capabilities before committing to pay for the service. 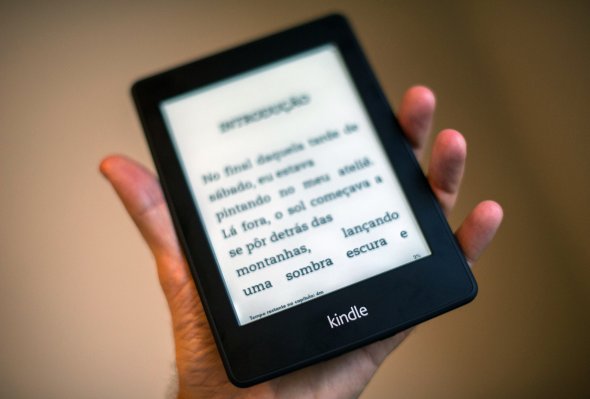