In televised comments this morning, Russian President Vladimir Putin said that responsibility for the tragic downing of Malaysia Airlines Flight MH17 on Thursday lay with “the government of the territory on which it happened.” He stopped short of directly blaming the Ukrainian military for launching the missile – but Russia’s many state-controlled media outlets have been only too happy to do that for him. On Friday morning, as the world tried to make sense of the crash in separatist-controlled Ukraine, the Russian spin machine was already doing damage control. Gruesome images of the wreckage were splashed across this morning’s papers under headlines blaming Kiev for the attack.

“The leadership of Novorossiya considers the destruction of the liner a planned provocation by Kiev,” wrote daily Izvestia, in its lead news story, employing the resurrected term used frequently in Russian media to describe the region of Eastern Ukraine stretching from Odessa to Donbass. Rebel assertions that the plane was hit by a Ukrainian BUK missile ran across the cover of tabloid Tvoi Den under the headline “Echelon of Death.”

The theory that seems to be making the most traction throughout Kremlin-backed media is that the Ukrainian military shot down the passenger jet, either as part of a sinister plan to frame the separatists and galvanize the West against Russia, or alternately, after mistaking the Malaysian jet for a plane transporting Putin, who was on his way back to Moscow from Brazil. Citing the Interfax news agency, Kremlin-funded network RT described the similarity of the flight paths of MH17 and the presidential plane above a split-screen graphic intended to show the visual similarities between the two aircraft. Many Russians have taken to Twitter and Facebook both to voice their sympathy for the victims and often, to echo the theory that it’s all Ukraine’s fault.

Several news sources drew comparisons to 2001, when the Ukrainian military mistakenly shot down a Russian passenger jet over the Black Sea. The accident, which killed 78 people on board, is now being trumpeted as evidence of the Ukrainian military’s culpability in the Malaysia Airlines crash. “According to experts, military equipment used by the Ukrainian army was acquired during the Soviet era, and its use in the course of military operations could lead to a repetition of the tragedy,” wrote Russia’s leading news agency Ria Novosti on Friday.

Leadership of the self-proclaimed Donetsk People’s Republic, the pro-Russian breakaway group that currently controls parts of Eastern Ukraine, as well as purported arms and aeronautical experts like celebrity test pilot Anatoly Kvochur, have been making the rounds on Russian television to attest to the fact that the shooting couldn’t possibly have been the work of the rebels. The rebels themselves, of course, have denied all involvement in the crash, which occurred in territory under their control. At first, the rebels denied possessing the BUK missile launchers believed to have been used in the attack, despite the fact that the news agency of the Russian Ministry of Defense aired a report in June stating that a BUK had been taken by the separatists. Later on Friday, however, a reporter for Russian state-controlled channel Rossiya-24 reported that the militia does possess the launchers, but that they’re “all undergoing repair.” More recently, the rebel claims took a turn for the grotesque, with Donbass separatist commander Igor Strelkov telling militant site Russian Spring that he believes the plane may have been filled with dead bodies before it crashed, saying workers who cleared the site told him the bodies were “stale – [like] people who had died several days ago.”

Yet as the Kremlin advances its narrative, Russia’s small and ever-shrinking pool of independent media outlets have countered with blistering critique. In the independent daily Noviya Gazeta, columnist Pavel Felgenhauer pointed to the probable culpability of the rebel forces and criticized the scramble to dodge blame. “It would be better if the separatists and the Russian authorities would stop lying, fantasizing and ‘making Ukraine take responsibility,’ and would as quickly as possible acknowledge their own guilt insofar as it exists,” he wrote.

Appearing this morning on the independent TV Rain channel, Ukrainian military analyst Dmitry Tymchuk also placed blame for the incident squarely on the Russian government. Since the end of last week, he said, “little green men, that is, Russian servicemen,” had joined the flow of military equipment from Russia to Eastern Ukraine. The rebels and the authorities in Moscow “are busy trying to cover up the tracks of their monstrous crime,” Tymchuk wrote in a post on his own website.

Yet as international consensus mounts that Russia’s role in arming the separatists makes Moscow at least partially accountable for the disaster, the Kremlin is struggling to control the narrative. Early Friday afternoon, Russian watchdog blog Gospravki reported that someone had attempted to alter the Russian Wikipedia entry on the Malaysia Airlines crash from an IP address linked to Kremlin state-media holding VGTRK, changing the assumed perpetrator from “terrorists of the self-proclaimed Donetsk People’s Republic” to “Ukrainian military.” The passage has since been changed to a murky statement that “Russian and Ukrainian authorities, as well as representatives of the self-proclaimed republics of eastern Ukraine, have denied any involvement in the tragedy and blame each other for what happened.” 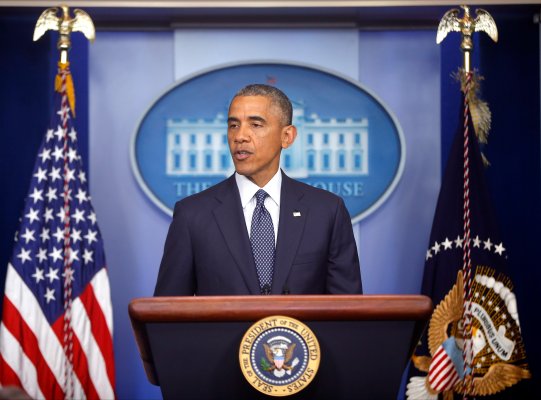 Russia Hit With New Sanctions
Next Up: Editor's Pick