Amid the conflict in Ukraine and growing discord with European neighbors and Western countries, Vladimir Putin’s approval rating among Russians has climbed to its highest level in years, according to a new Gallup poll.

Eighty-three percent of Russians approve of the job Russia’s president is doing. This ties his top rating in 2008 and marks a 29 percentage point increase from Putin’s rating in 2013.

For the first time since 2008, a majority of Russians say their country’s leadership is moving them in the right direction. In addition, 78% have confidence in their military, 64% in their national government, and 39% say that they are confident in the honesty of Russian elections.

But Russians’ positivity isn’t limited to their government. A record high of 65% of Russians said they were satisfied with their freedom in 2014. A significant group–35 %–also said they thought economic conditions were improving.

While Russians are satisfied with their own government, the poll showed they are increasingly turning away from Western countries. Both U.S. and European Union leadership had single digit approval ratings. One country Russians do approve of is China. The poll showed Russians’ approval for China soared this year to a record 42%. In recent months, the two countries have shown close economic ties, signing a $400 billion gas deal this spring. 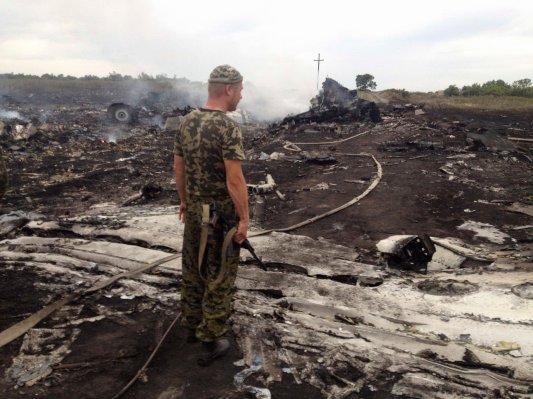 Did the Passengers Suffer? 6 Key Questions on MH17 Crash
Next Up: Editor's Pick