Europe Considers Getting Tough on Russia After Plane Disaster

With Europeans reeling at the calamitous downing of a Malaysia Airlines jet on Thursday, European politicians have already begun debating whether they have fallen short in applying pressure on the government of Russian President Vladimir Putin. European leaders have for months tiptoed around imposing muscular sanctions against Moscow for arming Ukraine’s separatists as they try to protect the continent’s deep economic ties with Russia. The Obama Administration has taken a harder line, this week introducing a tough new round of sanctions against Russian individuals and companies. European leaders have thus far tried to give diplomatic negotiations with Putin a chance to work, while approving some of the sanctions the U.S. has implemented.

President Barack Obama on Friday called the shootdown “an outrage of unspeakable proportions,” and said at least one American had died in the crash. And at the U.N., U.S. Ambassador Samantha Power outlined evidence pointing to Russian-backed separatists in eastern Ukraine as having launched the missile, possibly from the arsenal recently supplied by Moscow. Like Ukrainian President Petro Poroshenko, she ruled out any possibility that Ukraine’s military had been responsible, as Putin has claimed. With Russia emerging as a likely culprit in the disaster, European leaders are now doing some soul-searching and discussing what their next steps should be.

It could take weeks or months for investigators to prove who exactly fired the missile that appears to have taken down MH17 over eastern Ukraine at an altitude of 30,000 feet, killing all 298 passengers and crew, most of them Dutch.. But the lack of firm answers hardly matters: The calls for tougher action against Russia have come swiftly, even before investigators have reached the wreckage strewn across a rural area of Ukraine near the border with Russia. “The time for illusions is over, the illusions that we can bring Russia over in a diplomatic way, that is finished,” Karl-Georg Wellmann, a German member of parliament from the ruling Christian Democrat party, told TIME on Friday. “Russia is leading a hot war in eastern Ukraine, delivering artillery, tanks, anti-aircraft missiles,” he said. “This is not a game, it is a reality.”

Since Putin sent the Russian military into Ukraine’s Crimea peninsula more than four months ago – then annexed it – the U.S. and Europe have differed over how to punish Moscow for violating international agreements that have held since the Soviet Union collapsed in 1991.

So far, E.U. sanctions include freezing assets and banning travel of those officials deemed to have been directly involved in the Crimea operation and in backing armed militia in eastern Ukraine. The 28 E.U. countries have split over how tough the sanctions should be, with Scandinavian countries and former Soviet allies like Poland wanting stiff action, while southern European countries like Italy and Spain are balking at the hit on their own economies that action might bring.

But Europe has not — as yet — imposed sanctions that might cause real pain to Russia’s economy, or its own. Such sanctions might include blocking Russian companies from using E.U. banks or stopping European technology from being used in Russia’s critical oil and gas industries. French officials have resisted calls from Baltic states to cancel a €1.2-billion ($1.6 billion) deal to sell two Mistral-class amphibious warships to Russia. In fact, Russian seamen arrived in the French port of Saint-Nazaire just last month to begin training on the vessels, the first of which is due for delivery in October. With Thursday’s tragedy, E.U. leaders might now ratchet up the pressure on French President François Hollande to reconsider. German Chancellor Angela Merkel told reporters on Berlin that by contrast to the French deal, Germany had scrapped a lucrative deal to build a shooting center in Russia.

On Wednesday — just one day before the airline disaster — Obama announced the new round of American sanctions against Russia, targeting a much broader network of government officials and business leaders and freezing the assets of key Russian companies, including the giant energy firm Rosneft, with which E.U. countries have billions of dollars worth of contracts. In Brussels, E.U. leaders voted to tighten European sanctions as well, but failed to name the companies, instead giving European technocrats until the end of July to draw up the list.

But with Europeans counting their dead, politicians predict more focused action against Russia, especially if investigators confirm the claims by U.S., E.U. and Ukrainian officials that the rebels are to blame. “The climate for further measures against the Russian leadership will be different after this,” says Joris Voorhoeve, an advisor to the Dutch Foreign Ministry on peace and security issues, and a former Defense Minister. “If it is proven that the missile is of Russian origin and if it was not just a serious and bad mistake by the Ukraine government, which is not very likely, I think the position of the Netherlands government will be for further sanctions against Russia,” he said by phone from the Dutch capital The Hague on Friday. “There is general distrust of Putin and the circle around him.”

Correction: The original version of this story misrepresented Ambassador Samantha Power’s comments about the origin of the missile that brought down Flight 17. 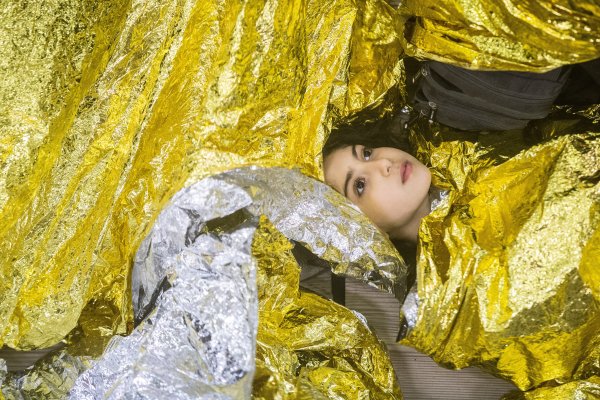 No Refuge
Next Up: Editor's Pick