Did Pro-Russian Rebels Shoot Down MH17 Over Ukraine?

Armed pro-Russian separatists stand at the site of a Malaysia Airlines Boeing 777 plane crash near the settlement of Grabovo in the Donetsk region, July 17, 2014.
Maxim Zmeyev—Reuters
By David Stout

According to reports in the New York Times, Ukrainian officials have released what they claim are transcripts of three separate conversations, purportedly from pro-Russian separatist fighters near the scene of the Malaysia Airlines Flight 17 crash. The fighters appear to be taking credit for shooting down the airliner.

In one call, a rebel commander identified as Igor Bezler appears to tell a Russian intelligence official that his troops “shot down a plane” on Thursday.

In another conversation, an unidentified militant is heard telling a Cossack commander called Nikolay Kozitsin that the bodies of women and children were scattered throughout the crash site. During the call, the militant appears to be confused why the plane bears the markings of a commercial flight.

“It has a Malaysia Airlines logo on it, they say,” said the unidentified militant. “What was it doing in Ukraine’s territory?”

To that, Kozitsin is heard responding: “That means they were carrying spies, [expletive] them, got it? They shouldn’t be [expletive] flying. There is a war going on.”

TIME has been unable to independently confirm the authenticity of the transcripts released by Kiev or the identities of those featured. 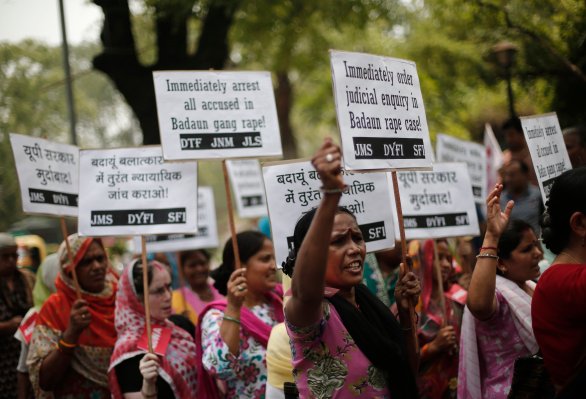 Police: 6-Year-Old Gang-Raped in Indian School by Staff
Next Up: Editor's Pick