Google continued to show large year-over-year revenue growth in its quarterly earnings report. The search giant generated nearly $16 billion in revenue for the quarter, a 22 percent increase over the same period last year that beat analyst expectations of $15.6 billion. The company posted a profit of $3.42 billion, up from $3.23 billion in the second quarter of 2013. Adjusted earnings per share were $6.08, off the mark from analyst estimates of $6.24.

The majority of Google’s revenue comes from people clicking ads on its search engine and on partner sites, and the trends there remained consistent with past quarters. The total number of paid clicks increased 25 percent year-over-year and 2 percent from the first quarter of 2014. The cost of these ads continues to fall though, decreasing 6 percent from the same period last year and staying stable from the first quarter of 2014.

Traffic acquisition costs, the money Google shares with companies who place its ads on their sites and the money Google pays to gets its search engine placed in web browsers, was $3.29 billion, up from $3.01 billion last year.

The company also announced that its chief business officer, Nikesh Arora, is leaving the company after nearly ten years to join the Japanese tech company SoftBank. 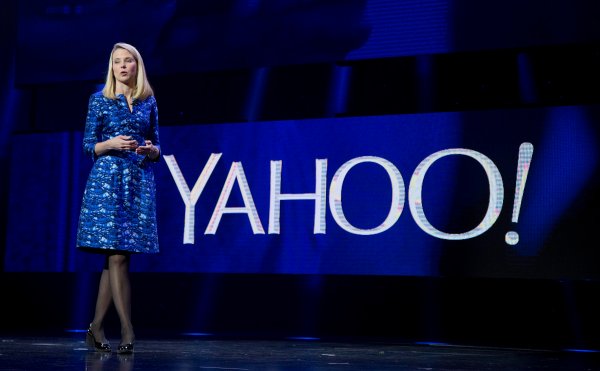 Yahoo's Mayer 'Not Satisfied' With Poor Q2 Results
Next Up: Editor's Pick